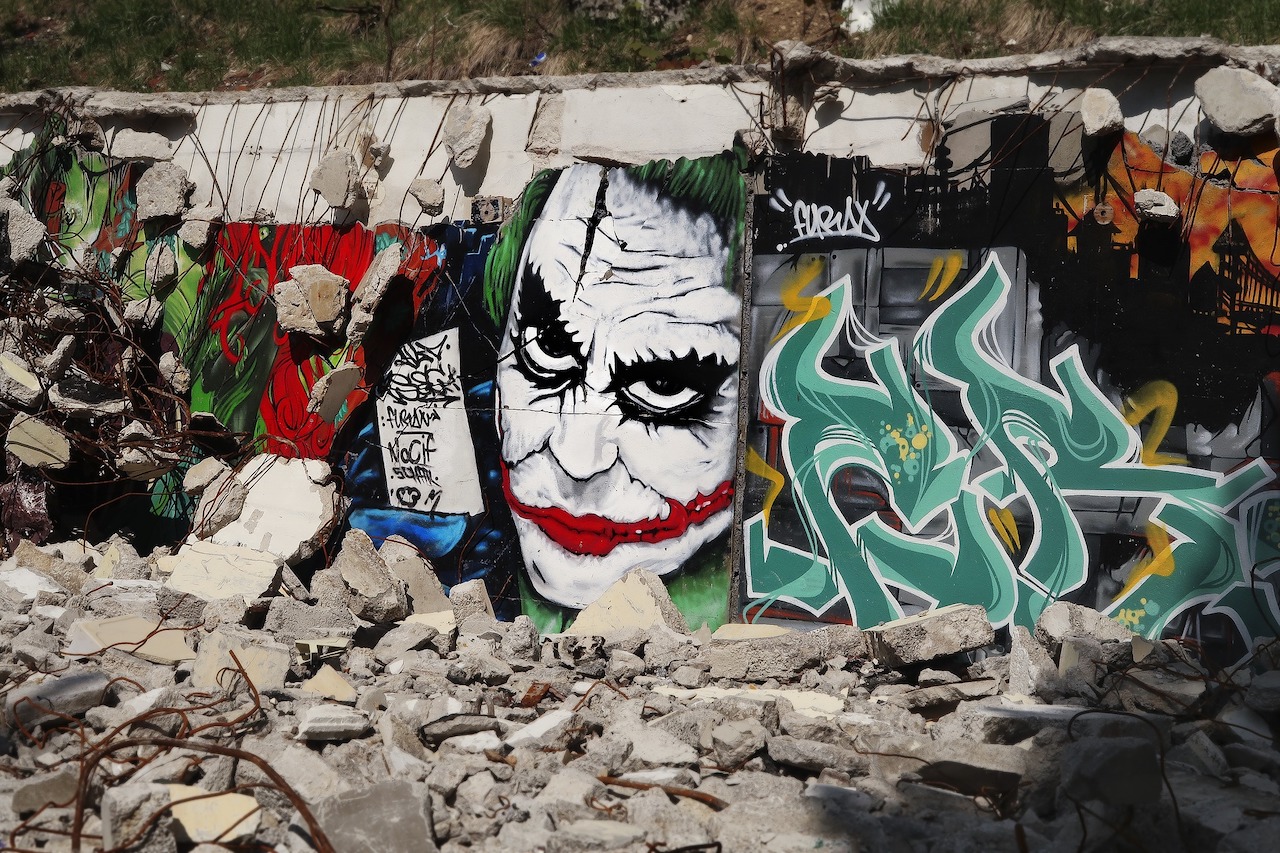 You will find some of the best social science in fiction.

I’ve said this before and I’ll argue it again here—fiction, in the form of novels, movies, comic books or TV, should be seen as a source of relevant thought regarding international politics. Why fiction? Because fiction can be bold inits thought experiments in ways social science rarely is.

International Relations scholars and practitioners of international politics have long reflected on the strategic benefits of madness.Writers such as Niccolò Machiavelli, Thomas C. Schelling, Daniel Ellsberg, andHenry Kissinger have written on the subject; and world leaders such as RichardNixon and George W. Bush have reflected on their own attempts to use the appearance of madness to their benefit (for a short history of the scholarship, read more here and here).

But why delve into the world of fiction when the real world offers so many versions of the madman? Because fiction gives us forms that are purer than we can find in real life. In the Joker we can find a deep metaphysical—a perfect form—of madness.

For those readers who do not know the Joker, he is essentially a psychotic criminal who dresses like a clown and enjoys mass murder and psychologically torturing his victims. The Joker is Batman's most feared adversary. It is not obvious that he should be. He is not as skilled as a combatant. He lacks the financial resources of Batman. And while the Joker does have technical and scientific capabilities (the Joker excels at making bombs and chemical weapons and shows a knack for systems theory), it is not obvious that any of his abilities are better than Batman's.

Then, what makes the Joker so dangerous?

In short: his unpredictability.

In a key scene in the seminal movie TheDark Knight where Batman is trying to tease out the Joker's motive, Alfred, Batman’s trusty butler, explains, "Some men aren’t looking for anything logical. Some men just want to watch the world burn."

In the world of strategy, we usually work under the assumption that our adversaries are seeking some form of utility. Whether it be a combination of money, power, fame, security, or something else. Once we have discovered what an actor values—their motive—their actions usually become more predictable, and thus, it becomes easier to form our own counter-strategies.

But what happens when an actor seems or actually is truly insane?What happens when there is either no motive or the motive is so well-concealed by random actions as to remove any semblance of predictability?

The answer is that opponents, even seemingly much stronger ones, are left at a disadvantage.

Throughout the comics and films, the question remains: Does theJoker actually have a motive? What makes the Joker the ideal trickster clown is that he is aware of this question. Thus, part of his modus operandi is to play with this question through his actions.He often tells false stories about his origins, leaves misleading evidence, and teases opponents by suggesting a clear motivation. At various times, the Joker suggests that he is lashing out against a past abusive father, that he is a disgruntled gangster, or that he is interested in power and money, only to upend these explanations later through his actions.

In the movie The Dark Knight, the Joker asks the gangsters he works for half of their money as compensation for killing Batman. However, when he receives half of all the mob's earnings he promptly burns it, explaining that his interests are mostly in gasoline and dynamite, items that are relatively cheap.

If Batman is pure utility; the Joker's goal is utter futility.

The very fact that the Joker threat is never "ended" by putting the Joker to death speaks to what the Joker represents—a fly in the ointment of modern liberal democracy. Like Batman, whose one rule is that he will not kill, many liberal democracies have abolished the death penalty. For someone like the Joker, this ensures that the game perpetually continues.Attempts to reform the pure madman are also doomed to failure. As the Joker demonstrates in Frank Miller's classic comic TheDark Knight Returns, the Joker is completely capable of demonstrating that he is a reformed man—as any competent psychopath would—only to pull the rug from under us to continue his slaughter.

If the Joker is a pure metaphysical trickster clown, he is also one that is worthy of study for this reason: As more and more leaders adopt these types of strategies, they may have to adopt more radical means of proving that they "really are crazy". This is a dangerous rabbit hole, for people have a horrible tendency to trick themselves into believing they are what their actions tell them they are.

Indeed, one of the key themes of the Joker character—a truism that the Joker himself believes—is that anyone can become the Joker. As is shown in comics like TheKilling Joke and in the movie The Dark Knight, the Joker believes that everyone is one bad day away from being him.

Perhaps the tactic overwhelmed the objective, an example of form conquering function.

There is surely more we can learn by exploring the many iterations of the Joker in comics and film. For example, the Joker is obsessed with psychologically torturing the virtuous Jim Gordon and others. But why this obsession with breaking the virtuous? This obsession with breaking down virtue and rules is a motive that has been under-explored in the scholarly disciplines of International Relations and Political Science. (For notable exceptions, please see here and here.) Yet, it seems that at this moment in our history, the debasing of the virtuous, regardless of any explicitly stated ulterior motives to the contrary (promoting pure forms of religion or harkening back to past national glories), has become the main goal of a number of weak actors on the global stage.

In short, many actors today, "Just want to watch the world burn."

These and other issues related to the Joker remain ripe for exploration.

In short, if actors on the political stage start acting like theJoker, and continue long enough, they will be the Joker.

About
Daniel Clausen
:
Daniel Clausen is a graduate of Florida International University’s PhD program in International Relations and an instructor at Nagasaki International University. His research has been published in Asian Politics and Policy and Culture and Conflict Review, among other publications.
The views presented in this article are the author’s own and do not necessarily represent the views of any other organization.
keep reading
More on
Politics
//
View all
Breaking News
Channel |