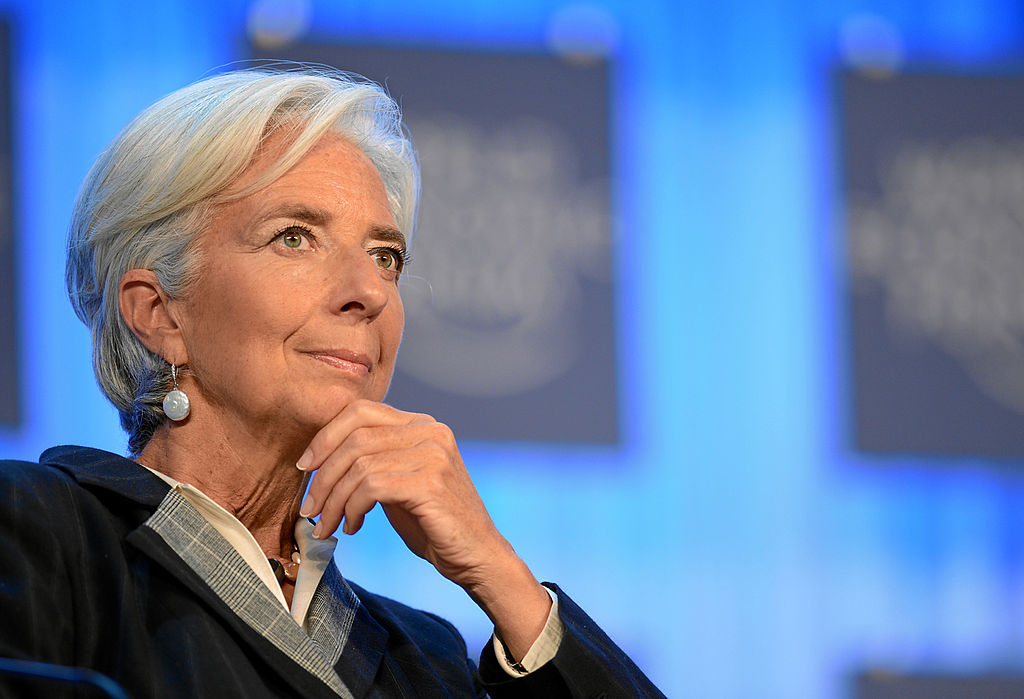 Lagarde has always been acute and prospective, which can be reflected by her profile. As a lawyer specializing in anti-trust and labor in Paris, Lagarde chaired international legal powerhouse Baker & Mckenzie in 1999. After serving several ministerial positions in French government, she became the first female Financial Minister of a G7 (then a G8) country and then the first chairwoman of the IMF in 2011. During the Euro crisis, she strongly supported austerity on Greece in exchange for a rescue package.

Knowing how Lagarde’s economic views are shaped, it is less surprising that she started warning about threats to the global economy since 2017, when most of the world was experiencing a strong development phase—the strongest since the financial crisis in 2008. At the time, Lagarde had already identified high levels of debt, the rapid credit expansion in China, the excessive risks in financial market, and inequalities among countries as potential threats to the prosperous development of the global economy.

After President Trump threatened to impose additional tariff on $267 billion in Chinese goods in 2018, Lagarde was alarmed that a global economic slowdown would be triggered by rising protectionism and the increasing levels of debt. And in January 2019, Lagarde launched a report about the world economic outlook in Davos, announcing that the IMF lowered its global economic growth forecast for 2019, reiterating the concerns at the World Government Summit in Dubai a month later.

In both the IMF reportand an interview on CNBC, Lagarde warned that the following major rising risks would further undermine the global economy: trade tensions and barriers, the slowdown of China’s economy, the spillover effect of Brexit, and overall financial tightening.

The trade war between the United States and China will have a global impact.

First, rising tariffs will directly lower trade volumes and negatively affect multinational companies located in the United States and China. After the two world largest economies tariffs on each other, the trade between them and the world trade greatly declined. IMF estimates that the world trade volume will reduce to 4% in 2019, which is 0.1% lower from the estimation in October and 1.3% lower from the 2017 volume. Additionally, in a survey conducted by AmCham Shanghai last September, 60% of the 432 American respondents believed that the tariffs would hurt their companies in China. They ranked the “loss of profits” (50.8%), the “higher production costs” (47.1%), and the “decreased demand for products” (41.8) as the top three worries. Some companies, such as GoPro Inc., announced their intention to move its manufacturing factories out of China in December.

Second, people’s estimation about trade risks has changed dramatically in the last six months, which poses a huge threat to the global economy. People’s confidence in economic liberalism has been shaken greatly. After one country embraces protectionism by building trade barriers, the security dilemma will seduce other countries to adopt “beggar-thy-neighbor” policies. The increasing uncertainty will reduce people’s confidence in trade and thus decrease global investment. In the 22nd Annual Global CEO Survey conducted by PricewaterhouseCoopers, nearly 30% of CEOs predicted a global economy decline, compared with a 5% last year.

The Slowdown of the Chinese Economy

What matters is not only the global impact of China’s slowdown, but also what China will do to save its own economy.

To support its economic expansion in the last two decades, China has relied on high levels of credit to stimulate internal demand, on its large export market by subsidizing its state-owned enterprises, and on its cheap labor force to attract manufacturing factories. However, after the trade war eroded people’s confidence in China’s economy, these factors became less effective in stimulating China’s economy.

China’s internal spending will decrease as people lose confidence about their future income. The increasing production costs in China will force manufacturing industries to relocate their factories to other ASEAN countries, leading to a shortage of jobs for Chinese workers. Additionally, the already high levels of debts from both business and government, will make the lenders nervous about default risks. As a result, after China reported its lowest growth rate since 1990—6.6%, the IMF expected that China’s growth rate would de-accelerate this year to 6.2%.

China’s slowdown will greatly influence the global market. China has the world’s largest market for automobiles and technology products, and it accounts for a quarter of the growth in global oil demand. A shrinking demand after the economic slowdown has already worried foreign companies for their lost revenues in China, such as Germany’s auto industry.

China is a huge exporter and financial center; saving China’s economy matters greatly to the rest of the world. A report from the Council on Foreign Relations points out that, although China has not considered to depreciate its currency to gain more advantage on exports yet, it can improve China’s exports greatly and drive workers in other countries jobless if it does. On the other hand, if China continues to build up its debts to boost domestic spending, foreign lenders’ confidence will be further eroded and a capital flight from Asia is expected.

The spilled effects of Brexit

Uncertainty rises as London no longer functions as the European financial center and globalization will be further weakened.

Brexit has created massive uncertainty, which will hurt the UK economy. Since global banks and institutions have used London to connect to the EU, after Brexit London stands to lose a huge amount of economic activity. According to Brussels-based economic think tank bruegel, London will lose 10,000 banking jobs and 20,000 roles in financial services, with $2.1 trillion of assets potentially being moved out of the UK due to the Brexit. During an interview, Lagarde predicted that even the mildest scenario would add difficulties to the currency system, making transactions and transportation less smooth and inconvenient.

Brexit negative outcomes will spill over to the EU and the rest of the world. A Forbes report predicts that, as some global companies plan to relocate their bases from London to other EU countries to maintain their transactions with the EU, the future financial center in Europe will be more diffused. Compared to the business in a concentrated financial center such as London, the new dispersed economic activities in the EU will be less efficient, less productive, and less predictable. For example, UK companies have no idea how they would trade with Europe in the future. Such uncertainty will reduce the economic activity in the EU, and will hurt the global economy due to the interconnectedness. Additionally, Brexit is a strong signal in support of protectionism, which means people’s confidence in globalization will be further weakened.

Growing debts in both private and public sectors increase the financial instability.

TheFederal Fund Rate has steadily increased from 0.1% in 2014 to 2.4% this January. Functioning not only as the borrowing rate between banks, the Fed fund rate also forms the basis for the banks to lend to the private sector. While an expansionary monetary policy will decrease the Fed fund rate to encourage more economic activity, the current rising interest rate indicates an opposite intention.

Thepiling-up of debt makes people more vulnerable under a rising interest rate. As the global debt ballooned from $84 trillion in 2000, to $173 trillion during the 2008 financial crisis, and to $250 trillion in 2018, the rapidly increasing debt makes everyone nervous. To cool down the economy, the U.S. government chose the financial tightening—raising the interest rate, selling securities, reducing the monetary supply, and thus raising the value of dollars. However, it is more difficult for emerging economies to repay their debts, not only because they need to repay in the more expensive dollar but also because the rising interest rate increases the debt.

However, to be fair, all the risks above do not indicate an inevitable global recession but rather “the risk of a decline in global growth has certainly increased,” as stated by Lagarde. Lagarde believes there is still policy room to prepare for future uncertainties, by making domestic economies more resilient and inclusive and by increasing international collaboration.

First, economies should strive to become more resilient. Since the market changes dramatically every day with increased volatility, future monetary policies should depend closely on data, and the exchange rate should respond quickly to shocks.

Second, countries should strive to be more inclusive and become ready for the digital revolution. The digital revolution is greatly changing our society, especially in the ways of employment, productivity, and education, which will hurt the current workforce. National policies must strive to decrease the potential harm to people by helping workers replaced by automation to reskill and by creating opportunities for women and young people.

Third, all economies should strive to increase collaboration. “Beggar-thy-neighbor” policies harm the common good and only effective international cooperation is able to solve the shared problems economies are facing.

We are in a significant moment in history, facing more uncertainties and risks than ever. And if we are to learn from the past history suggests that this is our chance to create some unexpected development by establishing a new multilateral pact for everyone.

About
Rong Qin
:
Rong Qin is a Washington, DC based correspondent for Diplomatic Courier.
The views presented in this article are the author’s own and do not necessarily represent the views of any other organization.
keep reading
More on
Economy
//
View all
Breaking News
Channel |
Diplomatica