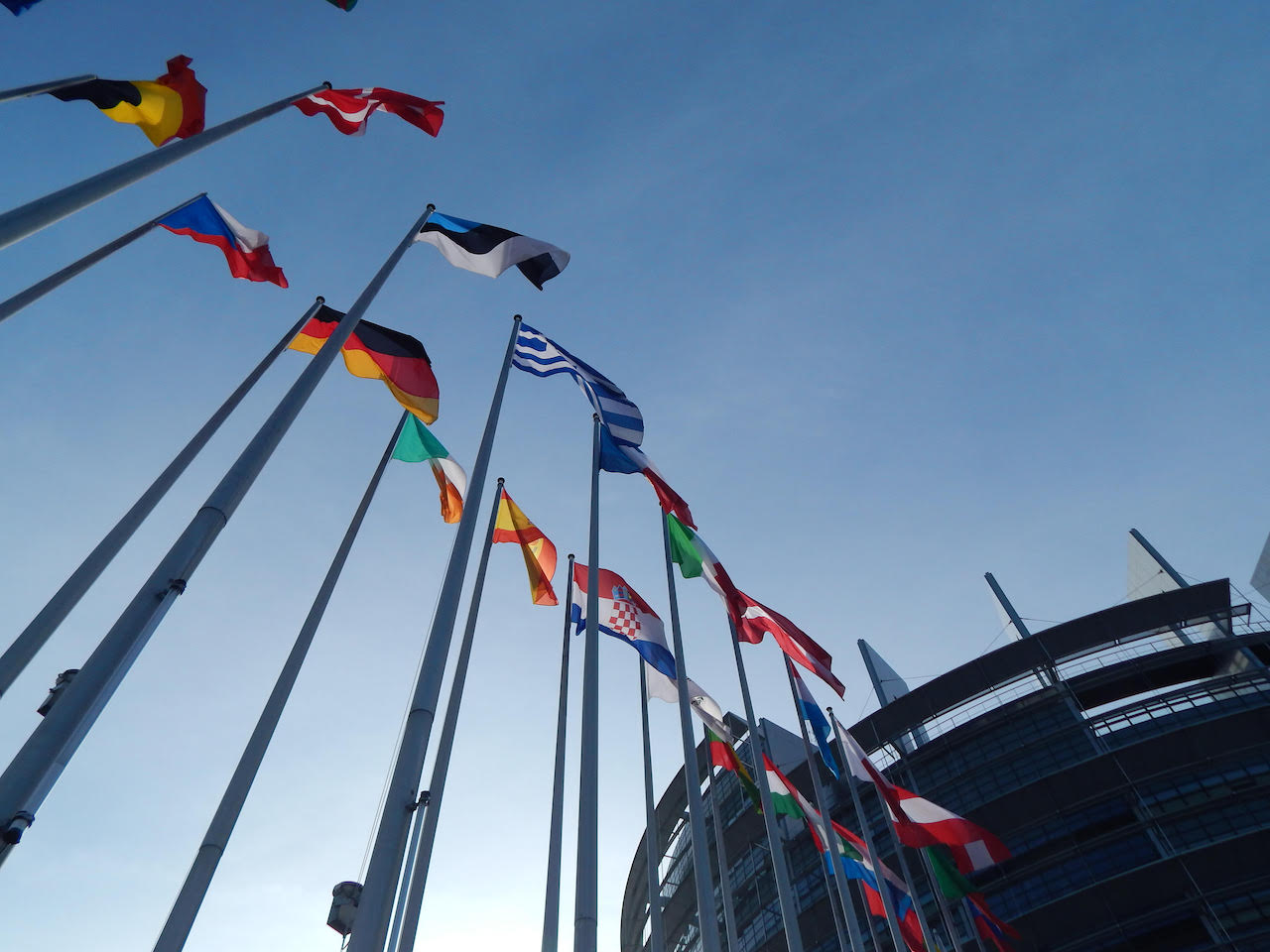 The President of the United States has repeatedly said that the European Union was set up to treat the U.S. badly. Many, including all the U.S. administrations going back to the 1950s, disagree. So, what is the EU all about? Why do Europeans rally so much behind it? Here is a primer.

he President of the United States has repeatedly said that the European Union (EU) was set up to treat the U.S. badly. Many, including all the U.S. administrations going back to the 1950s, disagree. Historians and pundits stress that the U.S. actually has manifestly been an unrelenting supporter of the EU. So, what is the EU all about? Why do Europeans rally so much behind it? Here is a primer.

The EU, possibly the most innovative, mold-breaking and disruptive idea in the history of international relations, puts Europeans on a different path from any other group of people on the face of the planet. A group of 27 sovereign countries is doing something pretty much unheard of: sharing their sovereignty. Nobody is forcing them to do it. In fact, any member can just call it quits and walk away whenever it wants without even needing any reason whatsoever.

As a start, the ‘27’ decide amongst themselves, by unanimity, which areas of sovereignty they want to share and to what degree. Some areas they decide not to share at all and keep as national prerogatives (taxation and defense); other areas they closely align and manage together (environment, transport, and agriculture). Some areas they totally relinquish to supranational management and supervision (trade, competition, and the Euro). By sheer calculation, these 27 countries determine and choose where it makes more sense to submit themselves to collective European legislation and governance.

The 27 put every little tiny detail in legally binding texts (EU treaties), which are then ratified nationally via each country’s own constitutional tradition. They use European institutions, mainly based in the Belgian capital, Brussels, which carry the project forward. The institutions are there to make sure all parties and stakeholders are represented, as well as to check and balance each other so nobody retains too much power or falls behind.

Just like in the U.S. federal system, the EU has two legislative branches co-adopting EU legislation: the European Parliament, with 705 elected members from all 27 countries, and the Council, with national government representatives defending the national governments. The 27-member EU Commission acts as the executive, proposes legislative bills to the Parliament and Council, and supervises final implementation.

These three institutions get political impetus and orientation from the European Council, the powerful body of democratically elected Heads of State and governments of the 27 EU member states, who meet in Brussels regularly. Just in case things get unclear, the 27 also set up a European Court of Justice, a European supreme court of sorts, where 27 judges interpret EU law in cases of doubt and ensure its harmonized application across all EU member states.

The 27 increasingly and strategically speak with one voice on the world stage. They have opened EU embassies and appointed EU ambassadors in 140 countries around the world. The EU is the world’s largest trading block and has created standards and regulations that are globally influential. EU countries are studying ways how to get better value for money in defense spending by working together, thereby avoiding duplication. Together, they are the world’s largest donor of development aid. The EU has the most advanced and far-reaching social and environmental standards in the world. The jewel in the Union’s crown remains the European single market—the world’s largest and most sought-after market with 447 million consumers.

One driver behind this Union is history—Europeans helping each other get back on their feet and prosper on the ashes of devastating world wars. Another is solidarity. The EU runs an annual budget of around $175 billion, a large portion of which is transferred to areas and sectors that need them most. However, there’s a lot of crude and smart calculation in it too. The rich members know very well that a prosperous neighbor is very much in their economic and security interest. Moreover, trading together on the world stage gives all members clout they could never enjoy if they were playing on their own. Most of the challenges they face, ranging from climate change, to borderless crime, to energy and security, can only be fought collectively.

European citizens got used to this setting. The EU, with its treaties and structures, is far away from their daily thoughts. They just benefit from what comes with it. Commuters sit in high-speed trains, going about their business crossing four or five different countries unruffled. Students hop from one European university to another earning EU-recognized study credits. Workers, goods, services and capitals move freely unhindered. Scientific research labs collaborate with each other, pooling funds and expertise. Consumers enjoy the highest levels of food safety and animal and plant health standards meticulously governed by EU law. European rights enshrined in EU legislation (maternity leave, personal data protection, just to name two) are guaranteed everywhere within the Union. Lives and standards have become so intertwined across the EU that going back to building borders with walls, wire, soldiers, and red tape is not just unworkable but simply unthinkable.

Europeans will admit that their flagship project is imperfect and messy at times. How could it be otherwise? Interlocutors find the EU understandably frustrating—it does not fit with what they are used to. At other times Europeans are caught fighting their own insecurities, which often pull them back to the old way of doing things. The Union, albeit successful on many fronts, remains very much a work-in-progress. After all, the EU has been around for seventy years—which is not such a long time in the history of international relations.

Perhaps never more than today, however, Europeans feel proudly determined to never look back, keep gazing forward, pushing this ground-breaking idea of European coexistence they firmly believe in—away from the divisions, exclusions, and misery of the past.

About
Ryan Meilak
:
Ryan Meilak is the European Parliament Fellow at the German Marshall Fund of the United States and at the George Mason University Schar School of Policy and Government.
The views presented in this article are the author’s own and do not necessarily represent the views of any other organization.
keep reading
More on
Opinion
//
View all
Breaking News
Channel |