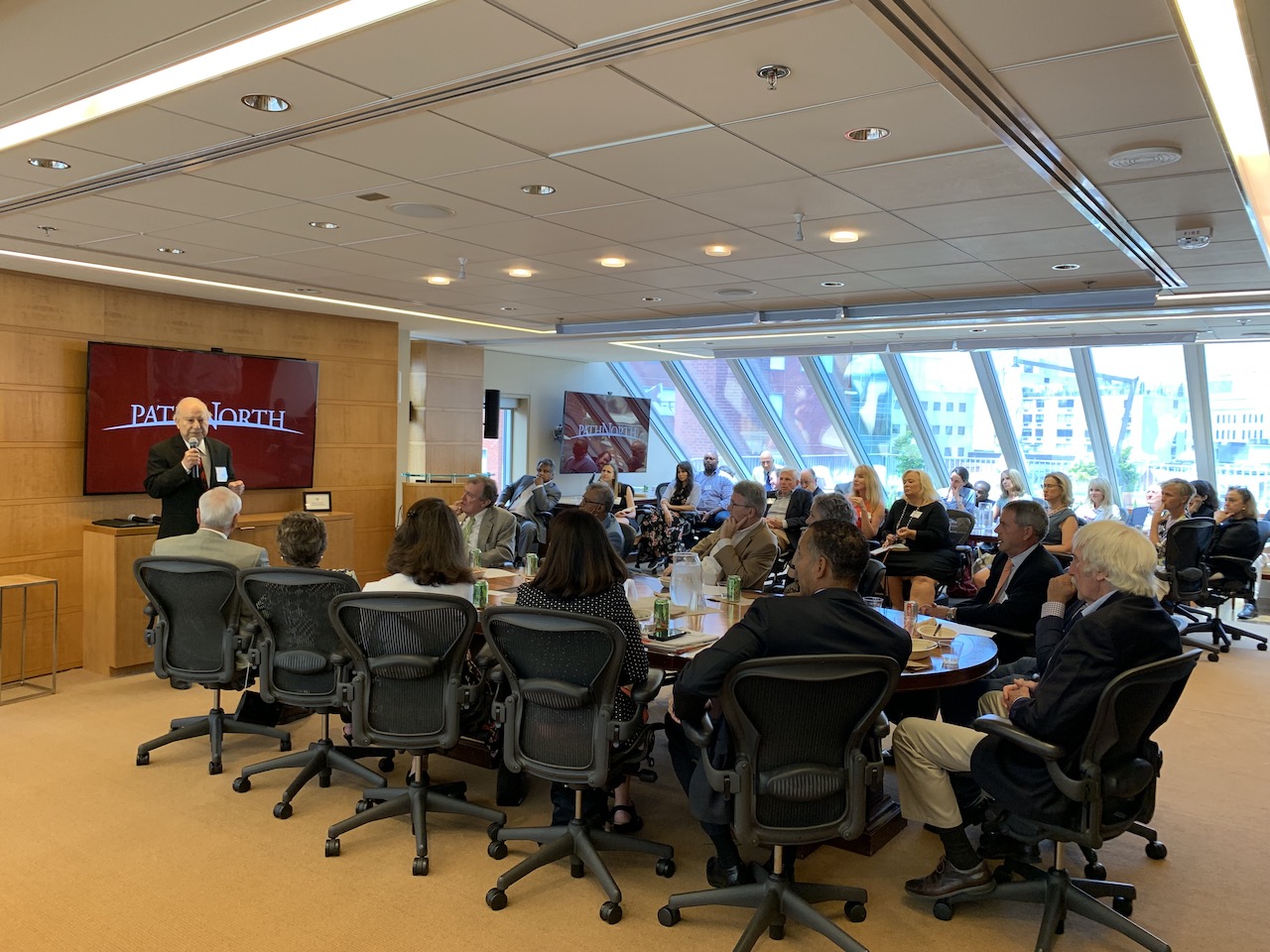 PathNorth, founded by Ambassador Doug Holladay, among other things helps business owners and CEOs define success more broadly than just the corporate balance sheets. The website of PathNorth welcomes the visitors with the inspiring African proverb: “if you want to go fast, go alone. If you want to go far, go together.”

asty woman.” “Low energy.” “Not our kind of people.”  “Go back to where you came from.” These are examples of unkind words uttered too often these days by too many people. Should we as a society become inured to such a lexicon?

Metaphorically the North Star is that fixed destination in your life that you—or even a society—can depend upon in life as the world around you changes. It serves as an inspiration, a model or a guide.

PathNorth, founded by Ambassador Doug Holladay, among other things helps business owners and CEOs define success more broadly than just the corporate balance sheets. The website of PathNorth welcomes the visitors with the inspiring African proverb: “if you want to go fast, go alone. If you want to go far, go together.”

Going together, however, requires both civility as well as understanding. To help bring about understanding, PathNorth has been presenting the Civility Series hosted by former Navy Secretary John Dalton and wife Margaret Dalton. Through the Civility Luncheon Series, PathNorth features distinguished leaders who “exemplify civility through their work and passions.” PathNorth’s idea is simple: “If we highlight more leaders who practice civility, the PathNorth community might be well positioned to inspire others to bring more civility to society.”

Two days after the slaughter in El Paso and two doors down—on Rhode Island Avenue in the heart of Washington, DC—from the Cathedral of St. Matthew, the site of President John F Kennedy’s state funeral, former Ambassador Akbar Ahmed, Ibn Khaldun Chair of Islamic Studies, American University spoke about “Fighting for the Civility of the Founding Fathers” invoking John Locke and the inspiration Thomas Jefferson found in Locke’s thoughts. While discussing Jefferson’s example he talked about Islam and the commonalities.

Ambassador Ahmed talked about the misconceptions about Islam and put an emphasis on the essence of Islamic ideals—based on the three I’s which in conjunction with the foundational pillars are: ilm (education), insaf (justice) and ihsan (compassion/grace). In this context, he reminded the audience about the separation of church and state and Locke’s central idea that “you cannot have a society without religious toleration.”

Bringing home his message, Ambassador Ahmed said that the “Founding Fathers had civility in their words” and lamented the lack of understanding not only about them but also the U.S. Constitution itself.

More than 50 years ago, a foul act like the one in El Paso, Dayton, and the horrific shooting of Mother Emanuel Church few years earlier cut short the life of President Kennedy on November 22, 1963. On the day of his assassination, an audience in Texas was going to hear a speech from President Kennedy who planned to say: “if we are strong, our strength will speak for itself. If we are weak, words will be of no help.”

To heal and unite a grieving nation, five days after JFK’s assassination, on November 27, 1963 President Johnson delivered a poignant speech to the Joint Session of the United States Congress saying: “In this age when there can be no losers in peace and no victors in war, we must recognize the obligation to match national strength with national restraint.” In loving memory of his slain predecessor—who sought to guide the Nation to its North Star and build on the work of the Founding Fathers, President Johnson—however, flawed he might have been as a human being—demonstrated both nobility and civility in moving the Nation towards its North Star.

In these discordant times, especially after recent tragedies like El Paso, the nation yearns for civility and empathy, not divisiveness and discordance. Organizations like PathNorth provide avenues such as the Civility Series through which wider audiences can benefit from enlightening discourse presented by distinguished speakers who accentuate the wisdom of the Founding Fathers and who steer the nation towards its North Star.

About
C Naseer Ahmad
:
C. Naseer Ahmad is a contributor to Diplomatic Courier.
The views presented in this article are the author’s own and do not necessarily represent the views of any other organization.
keep reading
More on
Opinion
//
View all
Breaking News
Channel |