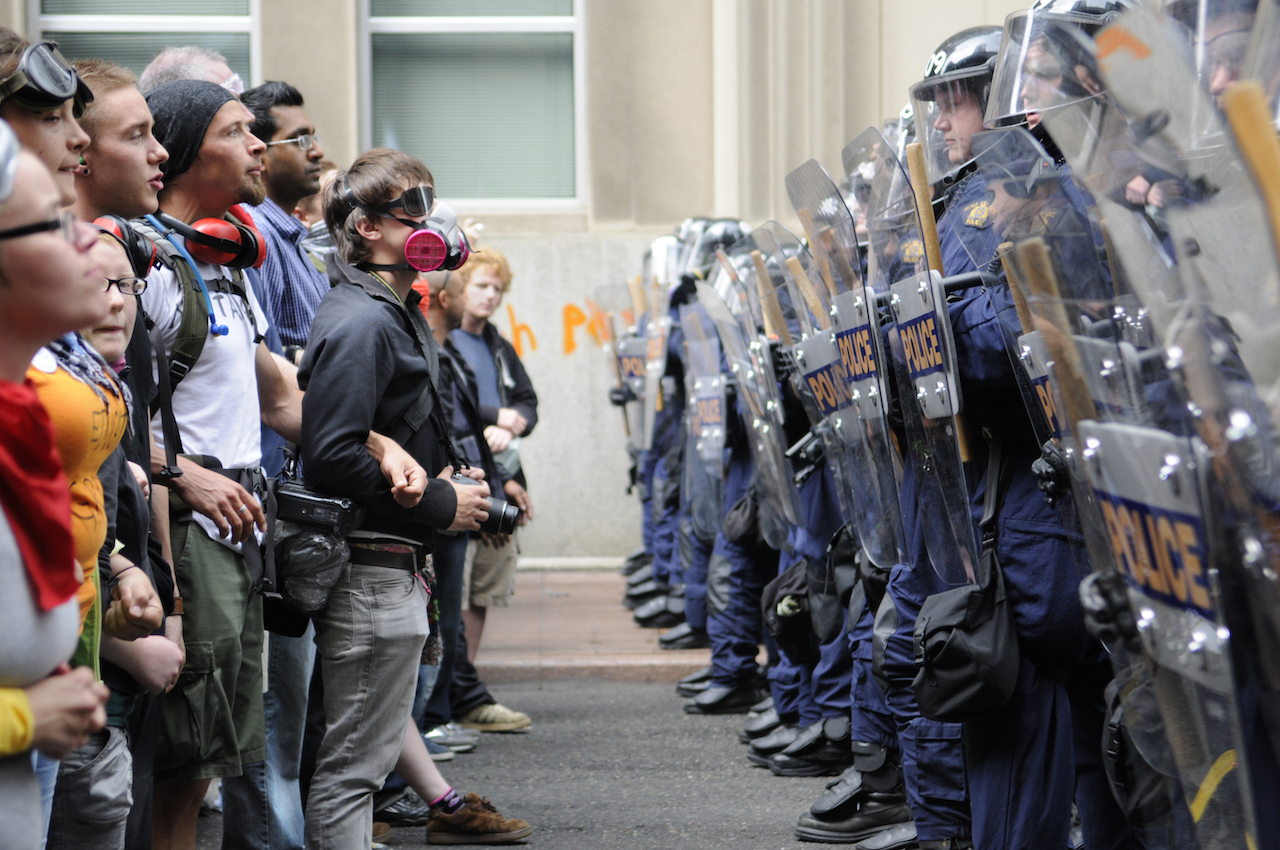 he challenge of Artificial Intelligence (AI) is comparing its unethical implications with the technological advancement that it would bring humans. This is especially true in civil society, where AI is implicated in halting and limiting civil resistance. The ability to hold protests and to freely speak out against injustice is one of the most implicit freedoms that define liberal democracies. The critical question is: how much of our democratic freedoms are we willing to give up to advance technology?

Already, protests no longer accrue the same impact they had 20-30 years ago. Protesters can only demonstrate civil resistance in certain spaces and under permit. The qualifications and conditions that are now placed on protesters hinder the ability for civil resistance to occur. The areas designated for protests are sometimes small and out of the way halting the protesters’ message from making an impact and gaining traction in society.  Some governments criminalize the act of protests in their dialogue calling them dissidents, and, in some cases, terrorists. Nations updating their systems to include AI and Facial Recognition would endanger the civil liberties that citizens hold dear.

Already, we begin to see the ethical debate of states utilizing AI for their own agenda. Google received criticism for choosing to possibly work with China in development of AI and creating an Ethics Board that appeared tone-deaf when it came to actual ethics. After Google’s own employees protested, and public scrutiny escalated, the company was forced to close down this project. When the Ethics Board and Google’s connection to AI was created, Google released a statement on their ‘AI Principles.’ One of the guiding objectives stated on Google’s website is for AI to be ‘accountable to the people’ and for ‘privacy design principles’ to be incorporated in the system. If AI evolved and was implemented by governments, who is to say how the technology will eventually be used and adapted.

We cannot always assume that our governments will keep the same principles and values throughout time. As technology evolves, governments and their populations are shaped and reformed according to new world orders and geopolitical realignments. The social norms that we once had as a society even 20-30 years ago have changed into something completely different today.

Society has to balance the safety of the public and the advancements in technology with the loss of freedom that may occur if AI becomes commonplace. Newer technology for AI is already being adapted to spot protesters even in disguise. Taking away the rights of protesters is one of the first steps in establishing a policing state, which is where things are already headed in certain nations of the world. At the moment, the United States and other democratic societies have not fully implemented AI in the daily lives of citizens, but ‘what if’ scenarios are plausible. To deny any possibility of a situation occurring would be negligent. Already, other nations have begun to implement the technology, and we cannot dismiss the idea that this could happen within societies that seem more open at the moment. To fully accept AI, society must also accept that we may lose some of our freedom.

About
Lauren Zane
:
Lauren Zane is an undergraduate student at the College of William and Mary majoring in Government. Lauren's focus and research is in international security, democracy, and global development.
The views presented in this article are the author’s own and do not necessarily represent the views of any other organization.
keep reading
More on
Opinion
//
View all
Breaking News
Channel |