A Friend in Need, Temporarily 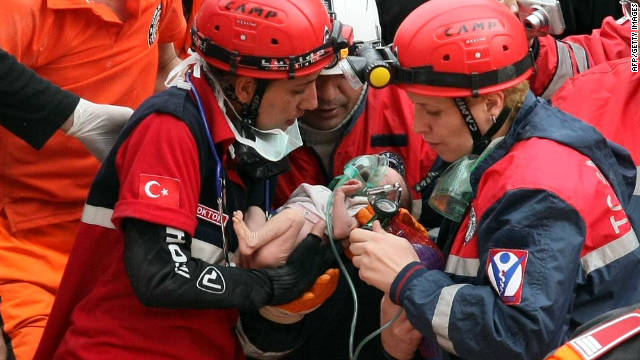 .
An earthquake may bury hatred and conflict for a while, but enemies are still enemies when the dust settles.

One would think that helping each other out with personnel and goods after a devastating disaster would work wonders for strained diplomatic relationships. However, this is usually not the case, according to Ilan Kelman from the Center for International Climate and Environmental Research – Oslo (CICERO). Kelman recently published the book Disaster Diplomacy - How disasters affect peace and conflict.

The premise of disaster diplomacy is that if disaster strikes a conflict zone, traditional enemies will put down their arms, cooperate, and their diplomatic ties will be strengthened. This is a popular narrative in the media whenever a natural disaster involves countries that are usually associated with conflict. Hope of a diplomatic thaw popped up when two earthquakes struck in Greece and Turkey in 1999, when the U.S. offered Iran help after the 2003 earthquake in Bam, and again in 2011 when Israel offered Turkey help after the earthquake in Van. Though expecting a diplomatic thaw might be the only decent thing to expect after a natural disaster, it rarely happens. What’s more, such expectations might actually do more harm than good, according to Kelman.

The relationship between Turkey and Greece had long been strained, but when two earthquakes struck the two countries within a short time frame in 1999, people from the two neighbouring countries came to each other’s rescue. This sparked a hope among the people that this event could permanently change the relationship between the two countries. The media picked up on this and ran with it. Paradoxically, this expectation put already ongoing talks in danger.

According to Kelman, the situation was pushed too quickly.

As soon as disaster diplomacy was pushed by the Greek and Turkish grassroots and by the media, it spurred a demand for quick results, which potentially undermined the efforts.

Kelman says, "Diplomats have a certain pace and a certain agenda. Greek and Turkish diplomats were already pushing to try and end what they regarded as an inappropriate conflict between Ankara and Athens. But with the earthquake, the diplomatic efforts hit the spotlight, and suddenly people started demanding results.

"When there weren't quick results, then detractors could say 'then why are we engaging with the enemy?'"

The reason diplomatic relations between Greece and Turkey continued to improve after the earthquake is in spite of the disaster, not because of it.

"Diplomacy takes time, and you can't come up with a bilateral agreement overnight. Greek and Turkish diplomats understood this and chose to progress slowly, building trust, without relying too much on the earthquake," says Kelman.

Kelman does not deny that natural disasters can potentially bring out the best in people, as seen when Greeks and Turks helped each other survive. But this effect is usually short-lived. In a conflict zone, the potentially positive effects from a natural disaster are weaker than those from other factors such as changes in political leadership or simply a long history of conflict.

"Disaster diplomacy cannot be separated from traditional diplomacy. That is the problem," says Kelman. "Many people think that it can be separated. Many believe that a tsunami can contribute to wiping out decades of hatred, or centuries of conflict. But it doesn't."

Eilif Ursin Reed is a freelance journalists from Oslo, Norway, covering research, climate and energy issues. He holds a Masters degree in cultural studies, with a focus on Norwegian Cultural Diplomacy.

About
Eilif Ursin Reed
:
The views presented in this article are the author’s own and do not necessarily represent the views of any other organization.
keep reading
More on
Diplomacy
//
View all
Breaking News
Channel |

Japan As An Effective Interlocutor in U.S.-Iran Diplomatic Row