What a New Zealand Earthquake Means for Us 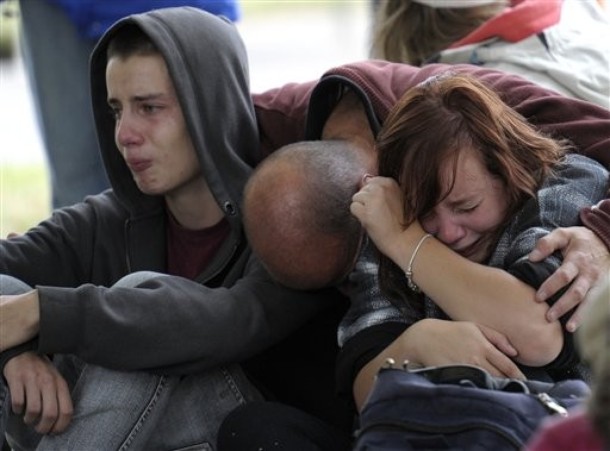 The deadliest earthquake to strike New Zealand in the past 20 years serves as a devastating example to the other cities along the Ring of Fire of how easy it is to be caught off-guard. This ever-prevalent threat should be taken especially seriously considering that experts now say cities on the U.S. West Coast face similar seismic risks.

Last September after a 7.0 quake struck the same region, it took all of their resources to pay for the $3 billion in damage—let alone to retrofit all of the city’s buildings in case of another earthquake. Because anticipating seismic activity is such a precarious science, there were no sound aftershock predictions to generate real urgency with. Unfortunately, the disaster last year made planning for potential future risks no easier for Christchurch’s emergency planners.

Many of the structures that collapsed in the city center during Tuesday’s earthquake were old and made of brick, but there were concernedly a few that met New Zealand’s strict building regulations. Jason Ingham, associate professor of civil engineering, reported to the LA Times that the earthquake would have caused massive damage in any modern city anywhere. He stated, “The thing that will attract a very large amount of attention from people all over the world is the performance of the modern buildings that have been designed to current standards that still received damage.”

Oregon State University geology professor Robert Yates reiterated: “New Zealand has some of the most progressive building codes in the world. They are better prepared for an earthquake like this than many U.S. cities would be." The same earthquake would have leveled most cities in California.

Those trying to prepare for a disaster similar to New Zealand’s now face the challenge of obtaining the money necessary. Appropriating emergency funding means having to cut budgets somewhere else—something no one wants to propose. This means the real obstacle facing city planners is having to effectively communicate emergency preparedness to the public without sounding any panic alarms, or articulating how the current investment in improved infrastructure outweighs the option of saving money yet potentially paying for it with human life.

Each densely populated coastal city needs to take advantage of this crisis in New Zealand to underscore one item on their agenda: emergency preparation.

About
Kaeleigh Forsyth
:
The views presented in this article are the author’s own and do not necessarily represent the views of any other organization.
keep reading
More on
//
View all
Breaking News
Channel |