The Right to Breathe 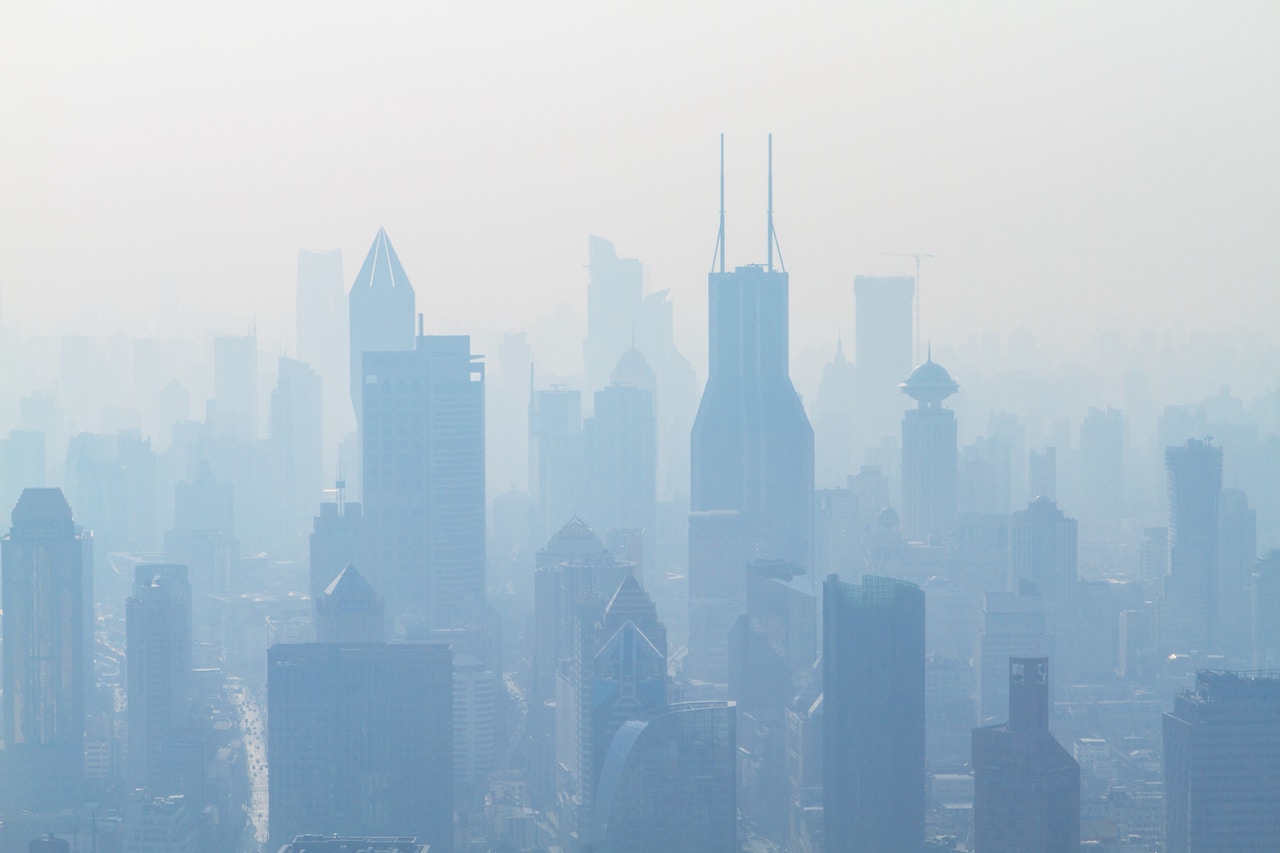 t is 2030. Everyone around you wears masks. Children cannot go outside to play and there are set times when you can go outside safely. You want to go driving to the nearest supermarket but are unable. The government only permits you to drive on certain days and at certain times. There is no accessible public transportation where you currently live. You watch as the smog in the air condenses around the city and wonder, how did we get here?

Apparently, whether human beings have the right to clean air is in dispute. Ozone and air pollutants can increase the risk of asthma, cause cardiovascular issues, increase the risk of lung disease, and cause damage to the lungs. In 2012 alone, 6.5 million people died due to the effects of air pollution. And although millions have died from pollution and degraded air quality, the situation is not taken as seriously as it should be. So, why do we put monetary gains over public and global health? What is the future cost of allowing this level of air pollution to continue?

At the national level, some governments have instituted regulations and measurements for clean air; however, there does not seem to be a lot of oversight or enforcement of the regulations. Governments can choose to override laws over time and can limit the supervision on measurements of clean air. Economics appears to be one of the factors that prevents governments from taking the health risk of polluted air seriously. But governments that disregard clean air policies for economic gain do not understand the implications of allowing pollution to run rampant.

Corporations and private businesses influence governments to disregard the health risks that come with polluted air. Even though there has been discourse on changing regulations to manage pollution, governments seem less inclined to enact regulations. Many nations have found the public health of their citizens to be worth less than economic growth. Sure, “it’s the economy, stupid” but is a nation’s profit margins worth more than citizens’ lives and public health?

So, what is the next steps for society? Well, it begins with participating in real change. Clean air affects all of us. Pretending as if for some reason there is an exemption, or that the pollutants would not affect you, is unrealistic. Breathing is one of the most basic things which make us human. To create a stronger base for advocating for change people need to spread awareness of the problem. Create a discourse with the people around you on the dangers of unclean air and the medical dangers of air pollutants.

There is real and present danger in dismissing the impact of unclean air on society. We already have several outlets where we can limit the amount of pollution that we individually produce. Instead of waiting for the government to make change, we can begin implementing environmentally friendly practices through small choices. While these choices are important, we also must begin to advocate for public and global health. Creating a discourse and demanding our governments to take the problem seriously is of the utmost importance in keeping our air clean and breathable.

About
Lauren Zane
:
Lauren Zane is an undergraduate student at the College of William and Mary majoring in Government. Lauren's focus and research is in international security, democracy, and global development.
The views presented in this article are the author’s own and do not necessarily represent the views of any other organization.
keep reading
More on
Environment
//
View all
Breaking News
Channel |

National Governments are Struggling to Clean Up the Messes They're Causing