The Memories Diplomats Leave Behind 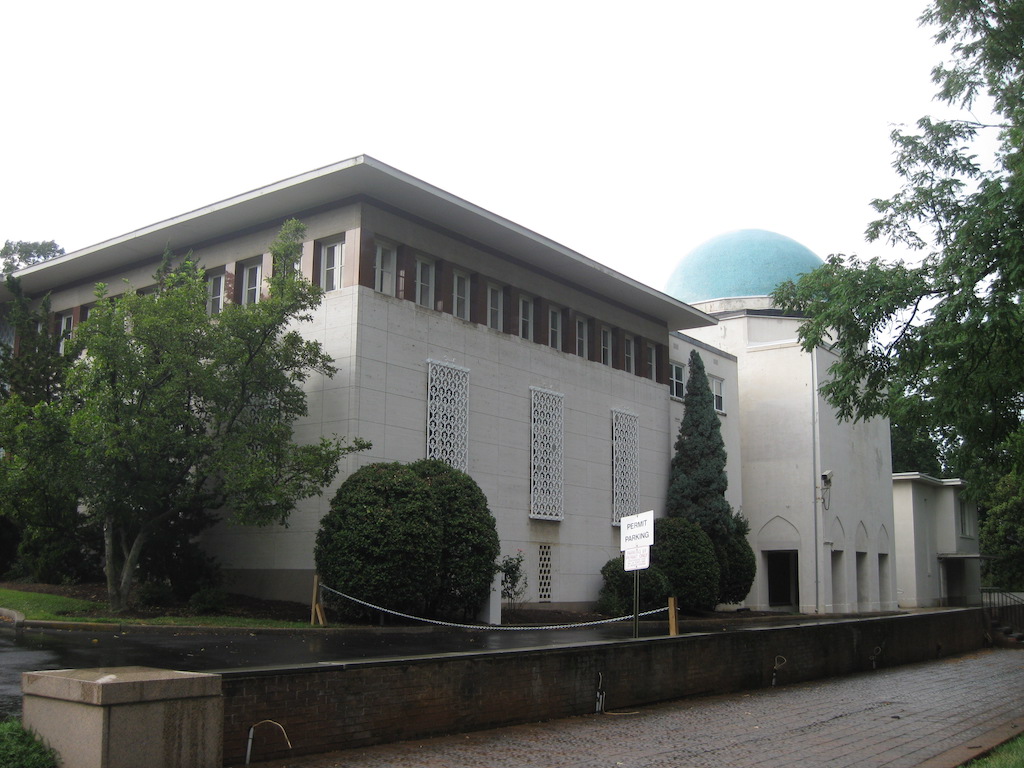 iplomatic life is an alluring aspect of modern capital cities like Washington, DC. Receptions and events held by the various embassies are exciting opportunities to feel the vibes of the moments in history and to get to know what motivates the diplomats as human beings; the things that inspire them to embark on their journey to represent their home countries and the places they have been to and what they hope to accomplish.

In happier days, when the sun was shining on friendly relations between Iran and the United States, the Iranian Embassy in Washington was the place to be. It was the party scene. The dashing Ambassador Ardeshir Zahedi was the man. Famed Actress Elizabeth Taylor, Singer/Actor Frank Sinatra, Former Secretary of State Henry Kissinger, and the glitterati would be seen coming and going in fancy clothes to the glistening—but now desolate—embassy building on Massachusetts Avenue.

History remembers, and the Diplomatic Courier reported, the picturesque wedding of the Lahore University of Management Sciences Founder Syed Babar Ali at Pakistan’s Embassy where then Vice-President Richard Nixon was the guest of the couple.

Diplomatic life also has chivalry and untying twisted knots as ingredient parts. For instance, Emil Frey not only fought for the Union Army in the Civil War but was also captured in Gettysburg and spent one year in a Confederate prison. Frey was the first Swiss Diplomat stationed in Washington and later became Switzerland’s president.

During the Hanafi hostage crisis in Washington in 1977, three distinguished diplomats—Pakistani Ambassador Sahibzada Yaqub Khan, Iranian Ambassador Ardeshir Zahedi, and Egyptian Ambassador Ashraf Ghorbal, helped bring about a peaceful end with the release of hostages taken in three buildings in Washington DC and the surrender of the gunmen without additional loss of life. Of these three distinguished diplomats, Ambassador Yaqub Khan also had the distinction of avoiding bloodshed by his courageous decision of resigning as the military Governor of the then East Pakistan rather allowing the army to fire on its own citizens in Pakistan.

Sometimes longevity has been associated with diplomatic life in Washington. For instance, the Guinness Book for world records noted Pakistani Ambassador Jamsheed Marker—a popular cricket sports broadcaster—as the world’s longest serving ambassador, serving for over three decades in more countries than any other person.

In happier days, when the sun was shining on friendly relations between Iran and the United States, the Iranian Embassy in Washington was the place to be. Famed Actress Elizabeth Taylor, Singer/Actor Frank Sinatra, Former Secretary of State Henry Kissinger, and the glitterati would be seen coming and going in fancy clothes to the glistening—but now desolate—embassy building on Massachusetts Avenue. Image by shahrefarang.com.

In happier days, when the sun was shining on friendly relations between Iran and the United States, the Iranian Embassy in Washington was the place to be. Famed Actress Elizabeth Taylor, Singer/Actor Frank Sinatra, Former Secretary of State Henry Kissinger, and the glitterati would be seen coming and going in fancy clothes to the glistening—but now desolate—embassy building on Massachusetts Avenue. Image by shahrefarang.com.

Notoriety occasionally can creep up during the diplomatic life in Washington also. Historians will perhaps continue to ask: “what did he know and when did he know” about the late Soviet Ambassador Anatoly Dobrynin and his denials about the existence of Soviet missiles in Cuba that brought the world so close to a nuclear exchange between two super powers in 1962.

In recent times, notoriety seemed to have chased the Russian Ambassador Sergei Kislyak out of Washington not for planting any explosive projectiles but for the behind the scenes and maybe some broad daylight activities that landed in hot waters.

Rubbing shoulders with the powerful and mighty can be a part of diplomatic life in Washington and so can ruffling feathers, as Sir Kim Darroch, an able diplomat with a distinguished career recently discovered unpleasantly that doing one’s job can be just as much of a hardship as living in Washington was before air conditioning.

A “Toast to America” hosted by the Portuguese Ambassador Domingos Fezas Vital and “Soirée Suisse” hosted by successive Swiss ambassadors are exemplars of the events that build camaraderie among the diplomatic community, with host country officials as well as business contacts. Each event creates memories that last through the years.

Unlike the hapless ambassadors who are either pushed out or have to exit through the emergency door, most diplomats are sent off with unforgettable going away dinners and receptions that bring a graceful closure to their postings.

The “Exit Interview” at Georgetown University’s Center for Strategic and International Studies for departing Swiss Ambassador Martin Dahinden is a great example of the elegant facets of diplomatic life in Washington. Through an informed dialogue, participants walk away with a better understanding of the issues at hand, the goals in sight, and the subsequent pursuits and achievements. For instance, a Free Trade Agreement between the United States and Switzerland was an idea explored and discussed in this exchange.

To see such able diplomats like Dr. Dahinden spend the last hours of the last evening at the official residence with the Swiss American Community to celebrate the Swiss National Day on July 27, 2019, is to witness a consumate diplomat give every ounce of his energy in the service of the people who send their diplomats to faraway lands.

General Douglas MacArthur said in his address to the United States Congress in 1951: “old soldiers don’t die they just fade away.” And so, in diplomatic life, envoys don’t fade away, they leave books and memories behind. Take for example, “Dishes for the Generals’ Room,” “Beyond Muesli and Fondue: Swiss Contribution to Culinary History” and the “Swiss Contribution to the World of Ice Cream Treats.

About
C. Naseer Ahmad
:
C. Naseer Ahmad is a contributor to Diplomatic Courier.
The views presented in this article are the author’s own and do not necessarily represent the views of any other organization.
keep reading
More on
//
View all
Breaking News
Channel |