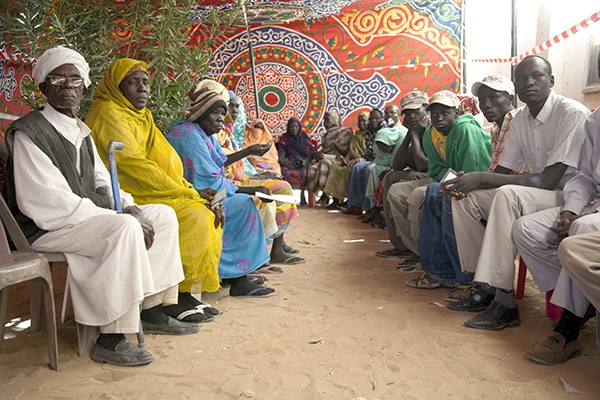 In 2011 the United Nations recognized the world’s newest nation in South Sudan, giving international license to a regional, political, and cultural necessity. These UN efforts came on the heels of a half a century’s worth of a bloody conflict. Into this situation, the constitution of South Sudan was birthed. And, consequently, the brightest flicker of hope in South Sudan was the possible role of women in it.

The South Sudanese constitution commits itself to the healing process of the country and sets aside political appointments specifically for women. It is even more progressive, and certainly more engaged in identity politics, than the nineteenth amendment to the U.S. constitution.

And yet, locals enforce sexist laws and reinforce bad marriages, leaving women who try to divorce destitute. (You might look to South Africa for a similar case of a nation that has formally granted women power but informally sabotaged equality.) And the conflict is ongoing, as UN Special Representative of the Secretary General Zainab Hawa Bangura puts it in her report from October 17th of this past year, “Sexual violence has become a key feature of the current conflict, including rape, gang rape, forced marriage and sexual slavery. These crimes have been committed by all parties to the conflict, by soldiers and civilians.”

The promises of the South Sudanese constitution and the auspices of the UN have not been enough to ensure gender equality in the region. This is the result of three main failures:

(1) The failures of the judicial system have favored customary (informal) law over statutes, and in so doing they have failed to take the side of the victims. This, in turn, undercuts the government’s ability to implement law and devastates its ability to bring much-needed infrastructure. Without improved infrastructure the government will be forced to trade entirely, and inefficiently, on its crude oil (from which it gets 98% of its budget revenue, and over which it has previously locked horns with neighboring Sudan), perhaps making it the UN’s newest failed state.

(2) Most compellingly demonstrated by the recent coup attempt, the official governing body of the nation does not even have control of itself, let alone the rest of the country. Any promises of gender equality on the part of the South Sudanese government are moot. If the state cannot enforce any laws, why follow statutes?

(3) The Western sponsors of South Sudan and the South Sudanese Diaspora have failed. It has been left to non-governmental organizations and humanitarian crisis teams to “deal with” the region; and they have found themselves either incompetent (stroking wounds left over from British and Egyptian imperialism, such as the artificial divisions of religion and race) or have proven to be insufficient.

Put another way, the South Sudanese national identity on the gender question has been set concretely in a mold that will be hard to uncast. Even now, still immersed in violence, as the government has just survived a coup, some are claiming that these efforts amount to little more than an exsanguination of the region. In other words, in an attempt to stop the blood flow in the region, international efforts have only over-pumped the vein, and extinguished hopes of peace (and gender equality).

About
Daniel Mollenkamp
:
The views presented in this article are the author’s own and do not necessarily represent the views of any other organization.
keep reading
More on
//
View all
Breaking News
Channel |
Diplomatica