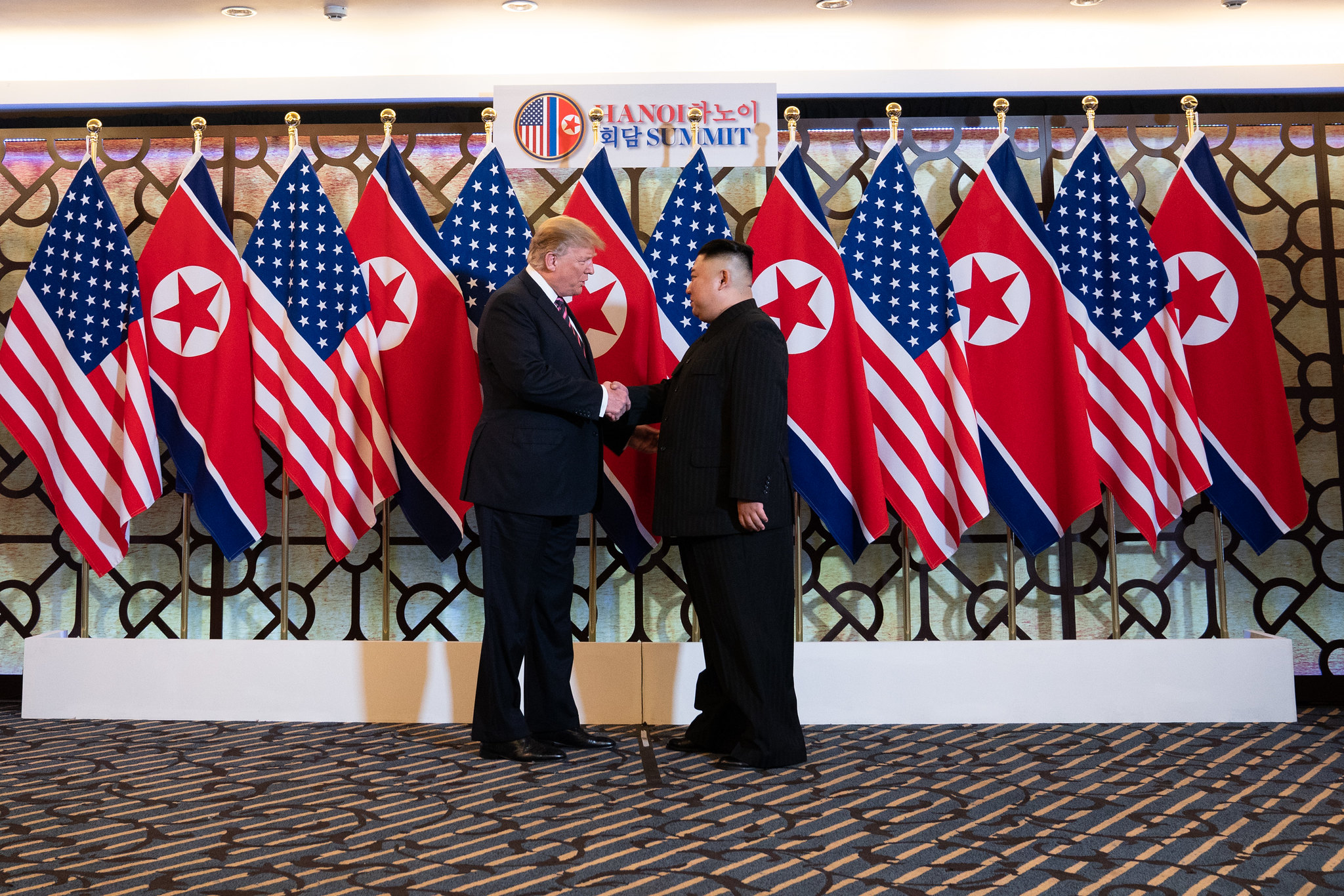 oing the same thing over and over, but expecting different results—it is a common trap that many of us fall into throughout our lives. The question is whether the United States has been ensnared by this trap last year in its approach to North Korea. I recently joined a group of fellow experts on the issue and the region—including former senior intelligence officials—in Seoul, repeating a gathering last year.

Last year, the analysts were divided. On one side were those who believed Kim Jong-un regarded his nuclear weapons as an essential to avoid the risk of regime change.  On the other were those who argued that Kim had made a supreme choice:  as a young man, he would like to rule for half a century, and didn’t want to preside over a conundrum for the rest of his life.  As he himself put it, his nuclear program had achieved its purpose.  Now, perhaps it was time to trade it for the opportunity to modernize his society.

This year, the “he’ll never give them ups” could point to the absence of any movement beyond the posturing at the Trump-Kim summits—North Korea’s nuclear program has advanced in the last year, not diminished, and the threat is hardly over.  And since the failure of the second Trump-Kim summit in Hanoi, there have been no talks at all for more than three months.  When South Korea calls, Kim’s phone doesn’t answer.

The dominant view, though most participants were too polite to say it directly, was that we don’t know whether Kim has regressed because the United States has given him no reason to advance.  Even last year’s optimists never thought the negotiations would be easy or brief, and they knew that they would have to proceed stage by stage.  It was plain that the current U.S. position—North Korea denuclearizes before the United States contemplates lifting any sanctions—was a complete non-starter.  And so, it has been.

The Hanoi failure had many causes.  There was no preparation, and so the two countries talked at cross purposes, Trump proposing a big deal while Kim offered a little one, the destruction of some nuclear facilities.  Given the president’s political travails at the time, participants in Seoul thought Kim might have regarded the president as too weak not to agree to Kim’s small deal.

Is there a way forward?  We debated the wisdom of the dual-track approach, talking about denuclearization and a peace treaty on the peninsula at the same time.  In fact, there is probably no alternative since the United States cares most about the former, North Korea about the latter.  At this point it will probably take some U.S. gesture to restart any negotiations, but there surely is no alternative to talking.

The question is how the issue might be reframed to induce the administration to move off a non-starter.  The negotiation has to proceed in stages; North Korea has to get something at each stage.  And the U.S. goal of “complete, verifiable, irreversible” denuclearization is pretty silly, for nuclear expertise, once acquired, doesn’t disappear.  Nuclear programs can be ended; nuclear capability cannot.  By the same token, the debate over whether Kim is sincere about denuclearization is also silly. We have no reason to care what is in his heart.  We only care about what he does.

So, too, the current language of the issue—that of “deal,” whether big or small, fair or “good enough”—is unfortunate.  If it doesn’t necessarily conjure winners and losers, it surely emphasizes opposing interests.  It is late in the day, but perhaps the issues could be approached as a joint development venture, with projects first and future investments keyed to progress on other issues, including denuclearization.  Mr. Trump, the self-professed developer, might be tempted by that reframing, for if one thing is certain, it is that he will want something in foreign policy he can claim as a success before the 2020 elections.

About
Gregory F. Treverton
:
Gregory Treverton stepped down as Chair of the U.S. National Intelligence Council in 2017. He is now a member of APCO's International Advisory Council and a Professor of the Practice at the University of Southern California.
The views presented in this article are the author’s own and do not necessarily represent the views of any other organization.
keep reading
More on
Opinion
//
View all
Breaking News
Channel |