How Technology Can Shape the Future of the Global Economy 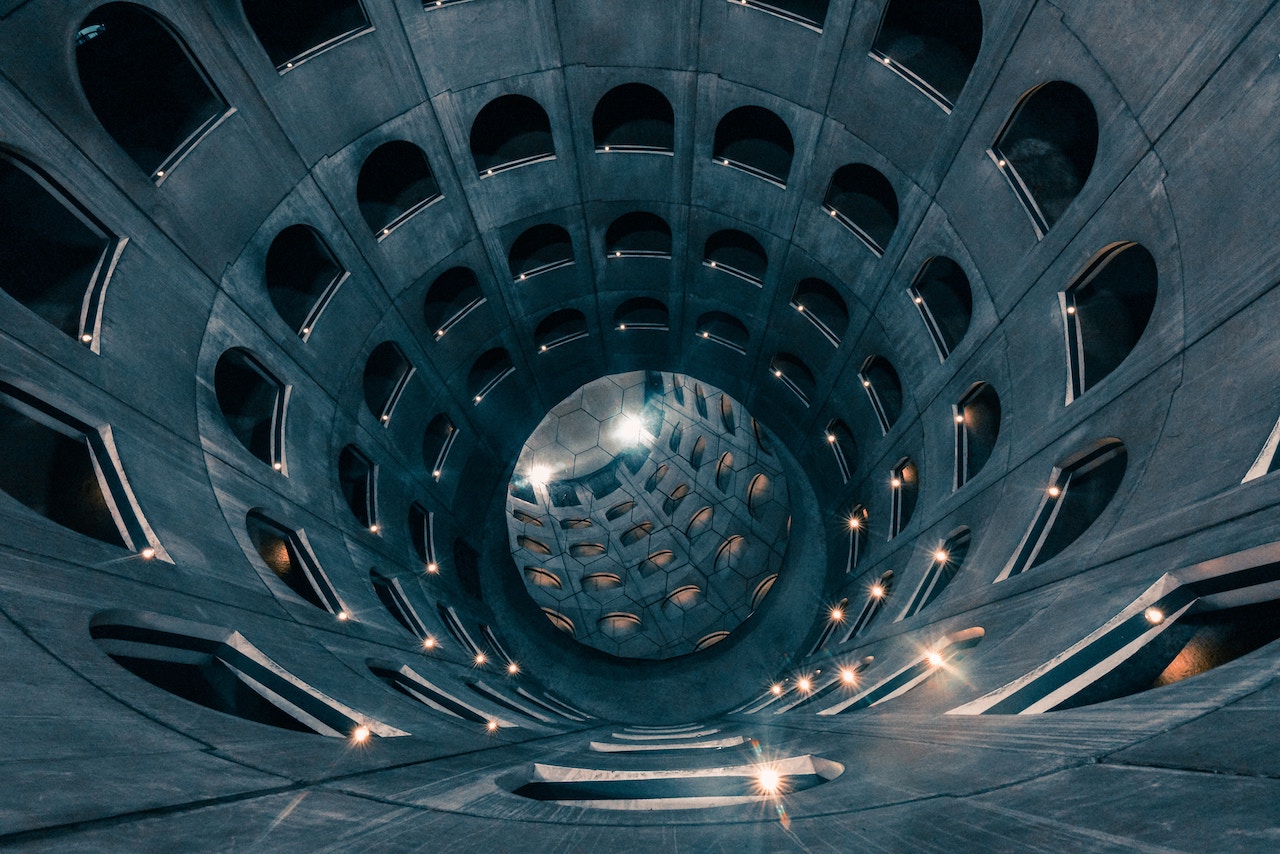 ast month, the World Economic Forum convened its annual meeting of the Global Future Councils—700 of the world’s premier academic, business, and government leaders coming together to provide both visions of the world’s development and solutions to the unfamiliar problems we so often face in the 21st century. This year, members were asked to imagine how the world may change for the better by 2030. Many of their answers profess one central belief—that it is now essential for us to reevaluate development through the lens of information technology and prepare for the ways in which our devices can irreversibly impact entrenched economic frameworks.

As nations modernize, the bulk of their labor generally transitions from the primary sector (extraction of raw materials) to the secondary sector (manufacturing), and finally to the tertiary sector (service). The 21st century, however, is seeking to entirely redefine this pathway. Recent years have seen the explosion of a gig economy based on temporary contracts in which any individual can earn the ability to sell their labor as a sort of an independent contractor by simply downloading an app.

Startups like Uber, Lyft, Postmates, Instacart, and dozens more sprung up seemingly overnight, calling for anyone capable to take advantage of their exciting new opportunities to earn money through quick contract work. Networks of transportation, moving, food delivery, and even dog walking services spread across the world’s cities like wildfire, allowing people nearly anywhere to connect with the infrastructure of their community at the touch of a button.

Demand for these services quickly exploded—by 2018, the average person in San Francisco was spending $110 on Uber per month. It quickly became the pinnacle of convenience for the user and worker alike, and as of 2018, at least 57 million people worked in the gig economy in some way, looking to either pursue a living doing contract work or just boost their income on the side. Many of these apps broke into international markets, and millions across the world soon became involved. Predictably, the evolution of new forms of poorly-regulated labor has not been without its problems.

In Africa, Uber and other emerging companies are in conflict with taxi drivers, whose well-established businesses are being undermined by unaccountable international companies. Over a million people have utilized ridesharing in Sub-Saharan Africa alone, often because the company offers cheaper prices at the cost of lower wages for their drivers. Those employed by gig companies complain that they are routinely short-changed and live in worry knowing that work opportunities are never certain. A number of nations have now taken steps to ban Uber, citing that use of private vehicles as taxis is illegal. Similar disputes have emerged across Europe and the United States in the past, as low pay, disempowerment, a lack of benefits and job security, and outright wage theft all threaten the wellbeing of the worker no matter their place on the globe.

Because independent contractors possess no legal right to form unions (and can therefore be fired for organizing), there exists little means for them to unite for better treatment. While minor victories for organizing have been realized in the past through a mix of striking and social media pressure, the nature of gig work—which isolates you from fellow workers—ensures that the creation of a unified message is difficult. Strikes are nearly impossible to organize if you never meet your coworkers.

Mark Graham, professor of Internet Geography at Oxford and member of the Global Future Council on the New Education and Work Agenda, proposes that the gig economy be revamped to maximize its potential and provide fair outcomes to all involved. He sees this coming about through a four-pronged approach. Firstly, gig opportunities should be more transparent and provide workers with clear work standards; secondly, operative loopholes should be closed, preventing companies from circumventing regulation by claiming their business falls outside of the standards in question; thirdly, gig workers should be allowed to unionize and collectively bargain for higher wages and improved conditions, as each individual currently stands in direct competition with those around them; lastly, and most importantly, the gig economy should be democratically owned by local workers who are accountable for their impact upon the community. All of these changes, Graham argues, will allow the gig economy to develop in a way that prevents exploitation and maximizes the power of the laborer who keeps it afloat.

Looking forward, it is essential to think about the ways in which these changes can affect the development of the global economy. Across the Middle East, Syrian refugees struggling to find a new source of income have taken to cooking for gig apps that offer home-cooked meals delivered on demand. In Africa, nearly five million people have taken contract work in the almost 300 platforms now available on the continent.

A new study conducted by Graham and his colleagues at Harvard found that 68% of gig workers polled in developing nations used gig work as their main source of income. A number of individuals noted that their online work pays exponentially better than local opportunities. Developments such as these show that the gig economy has provided avenues for impoverished and marginalized groups across the world.

Unfortunately, the path forward is not clear of troubles. Graham also notes that gig workers from the developing world are increasingly facing tougher criteria when finding work. As access to the internet has increased, leading more individuals to utilize it as a platform for earning income, the labor supply has expanded at a rate far beyond the demand. Saturation of the labor market has led clients to engage in a number of discriminatory practices, including denial of tasks to those living outside of western nations.

Moses, a translator living in Nairobi who was polled in Graham’s study, reported that he was forced to change the location listed on his profile to Australia just to be considered by clients. The expansion of the gig economy provides incredible opportunities for individuals living in nations where employment is scarce; nevertheless, we must be wary, as these issues show that our vision of the future has not quite caught up to the future’s vision of us.

A new global atmosphere has emerged in which labor has been redefined—Kenya, for example, sees only 17% of its workforce formally employed, a number that has remained static since 2012. The protections traditionally adopted to shield workers from predatory practices and ensure essential benefits may soon cover fewer and fewer people. Legislative steps should immediately be taken to protect the rights of informal workers and ensure that exploitation does not become codified in this emerging industry. The IMF estimates that the African continent will need at least 18 million new jobs per year to keep up with population growth, and it is certain that many of these will come from new, informal avenues.

As the definition of labor begins to rapidly take a new shape, the youthful, dynamic labor force of the developing world will provide it with distinct advantages over the developed world’s aging (and soon declining) population, allowing them to jumpstart their economies.

Iván Mantilla, Colombia’s vice minister of connectivity and another Global Future Council member, predicts that development aided by information technology will result in a 50% reduction in global poverty by 2030. As technology evolves at an exponential pace, it’s often easy for developing nations that lack the proper infrastructure to be left behind. Such is the nature of the Digital Divide—and Mantilla wants to affirm that the benefits of bridging it are more immense than we may expect.

A study published by the World Bank indicates that beyond a certain threshold of penetration, nearly all nations see a positive economic impact from an increase in fixed broadband implementation, as the new availability of knowledge and demand for innovative labor pushes the economy forward. Yet, it is not only through job opportunities that information technology helps nations develop. In Kenya, matatu drivers are beginning to combat corruption by accepting contactless payments, which deprive dirty cops of an opportunity to demand bribes. This follows a common trend—exploited groups use the often-burgeoning information sector of their nation to communicate their plight to the world.

Information technology connects the developing world to the global consciousness—with an internet connection, boundless amounts of information becomes available to all those who seek it. This provides individuals and families with the tools with which they can do anything, from finding basic medical information to becoming more politically involved–and finding employment.

Information technology can help nations achieve the change necessary for carving out a place in the international community. But in nations with oppressive regimes, the internet often becomes a tool of resistance. Government crackdowns are quickly documented and protesters can easily communicate their message to the international community. This permanently removes the ability of these regimes to keep quiet, and the ensuing pressure from other nations gives many of them no choice but to succumb to the demands of the people.

The 2011 Arab Spring saw the use of information and communication technology to an extent never seen before—the movement’s international attention and eventual proliferation across the MENA region can be almost entirely attributed to this. This year, protesters in Hong Kong used social media to spread videos and images of police brutality, sparking a wave of international support for their movement. It has become clear—both economically and politically, information technology has revolutionized development and provided new pathways forward for marginalized groups everywhere. By harnessing the economic change around us and shaping it to best fit the needs of the average worker, we can advance into a future that provides ample opportunities to earn a fair wage and eliminates exploitation.

About
Noah Dowe
:
Noah Dowe is a junior at the College of William & Mary, where he is pursuing a degree in Government & international development. He is an editor for The Tribe Attaché, an international relations publication and the Poetry Editor of The Gallery, the college's largest literary arts journal.
The views presented in this article are the author’s own and do not necessarily represent the views of any other organization.
keep reading
More on
Economy
//
View all
Breaking News
Channel |