Half the World’s Birds Are Disappearing 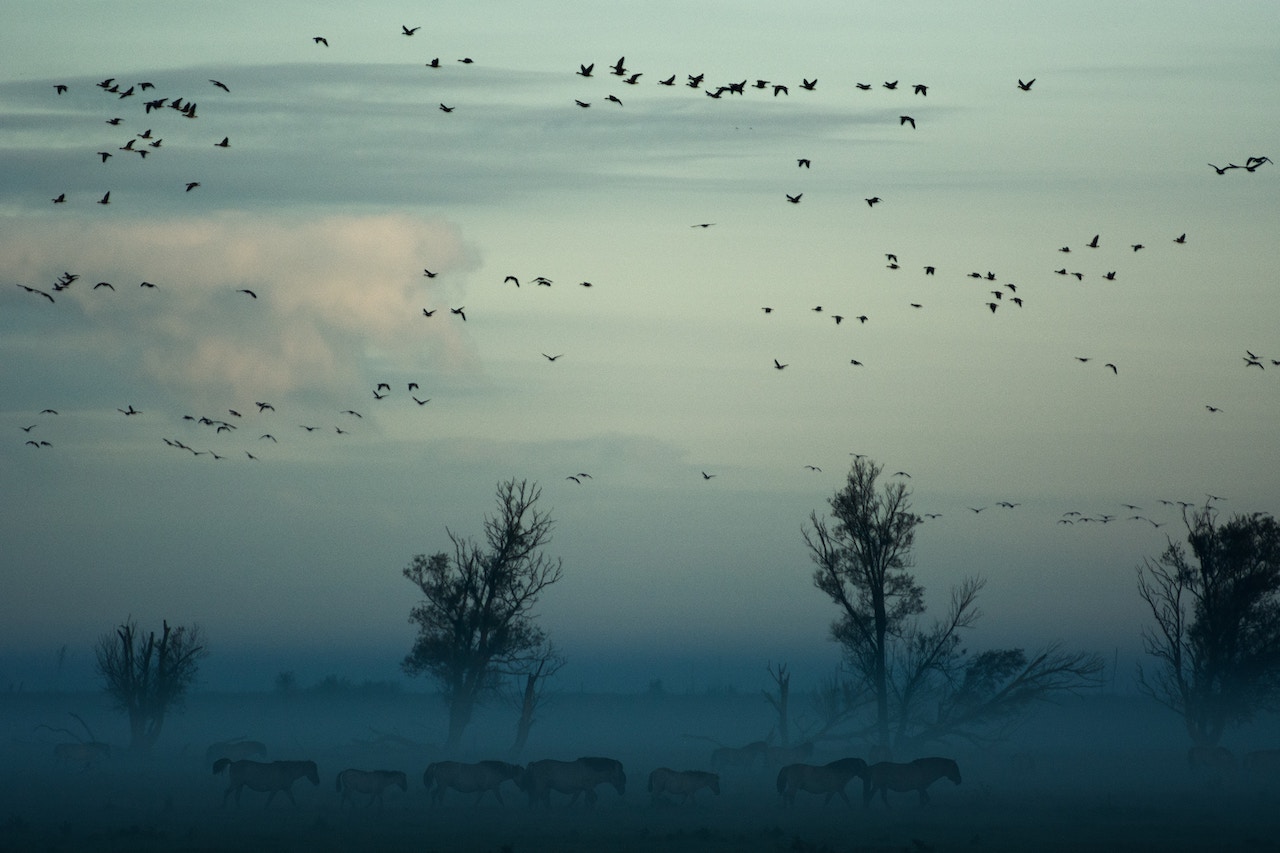 Birds Are Disappearing Across the Globe. Enforcing Wildlife Treaties May Be the Least We Can Do.

Birds Are Disappearing Across the Globe. Enforcing Wildlife Treaties May Be the Least We Can Do.

seminal study published in Science in September 2019 indicated that over one third of American and Canadian wild birds have vanished over the last fifty years.

These findings echo global patterns. A 2018 report published by global conservation group Bird Life International found that 40% of the world’s bird populations are in decline, and over 1/8 of bird species are being threatened with extinction around the world.

Over a hundred years ago, birds were disappearing in vast numbers for vastly different reasons. Feathered hats had earned their place as a fashion mainstay by the late 19th century. By 1886, it was estimated that over 50 species of North American birds were being slaughtered in the name of women’s fashion.

The massive bird deaths that resulted from the Gilded Age plume trade were halted by two socialites and several tea parties. In 1896, Harriet Lawrence Hemenway and her cousin Minna Hall urged hundreds of women in their native Boston to stop wearing feathered hats at a series of ladies’ teas. Their politicking lead to a series of legal changes that ultimately culminated in the Migratory Bird Treaty Act of 1918.

The Migratory Bird Treaty Act of 1918 (MBTA), in the words of the Audubon Society, “protects birds from people.” The Act codified a 1916 treaty with Canada, then part of the British Empire, in which the two countries had agreed to halt all hunting of insectivorous birds.

In the years to come, the MBTA would broaden its international scope. In 1936, a bird protection treaty was signed in Mexico. Protecting migratory bird populations became a global effort as the law as similar treaties were signed with Japan and Russia in the 1960s and 1970s.

Laws are obviously not a strong enough force when it comes to halting anthropogenic climate change. Birds, after all, are an indicator species. This means that their population serves as a barometer for how the environment is doing at large. Thus, a decline in bird numbers represents danger to the entire ecosystem.

Data from other populations support this theory. Forty percent of the world’s amphibians are in danger of extinction. And it’s not just bird and amphibian populations that are dwindling. The United Nations reported that about a million different animal and plant species worldwide are facing a similar fate. Massive declines in plant and animal populations evidence the ecological crisis that has come to define the current era of human history.

However, the United States is no longer even using law as a solution to this element of global climate change. In 2017, the Trump administration announced that it would only prosecute the intentional killing of birds under the MBTA. Conservationists see the Trump administration’s revision to the MBTA as exposing bird populations to further environmental challenges.

Additionally, the changes to the MBTA fail to comply with the US’s international obligations. Paul Smith, a former Fish and Wildlife Service employee who served under President George W. Bush, remarked that the Trump amendments to the MBTA go against the original component of the law - the 1916 American treaty with Canada.

Just as the MBTA isn’t the only international treaty protecting migratory birds, the agreement also isn’t the only wildlife treaty to come under attack in recent years. In 2015, the EU’s Birds and Habitats Directives were endangered when the laws came under a European Commission Fitness Check.  Birds Life, in addition to the WWF, Friends of the Earth, and the European Environmental Bureau banded to together to rally Europeans to save the conservation policies Ultimately, the European Commission chose to strengthen, rather than weaken, its protections for migratory birds.

Currently, it seems unlikely that American law will receive similar treatment. In June, the House of Representatives discussed a bill that would override the Trump administration’s interpretation of the MBTA during a meeting of the House Committee on Natural Resources’ Subcommittee on Water, Oceans, and Wildlife. The Migratory Bird Protection Act of 2019 was drafted by Rep. Alan Lowenthal, and would prohibit the killing of birds, even if unintentional. The draft bill, however, was not formally introduced during this committee meeting, and does not appear on Rep. Lowenthal’s list of currently sponsored bills.

In 1920, the Migratory Bird Treaty Act of 1918 was met with a Supreme Court challenge. In the majority opinion, in which the Supreme Court ultimately voted to uphold the MBTA, Justice Oliver Wendell Holmes argued that protecting birds was of national importance. Without such laws, Holmes argued, the day might come when there would be no birds to protect.

In 2019, the results of recent scientific studies evidence that the world seems to be approaching the circumstance Holmes had described. Though anthropogenic climate change is too large of a problem to be solved with simple legal solutions, laws are one force countries can use to start fighting against our current ecological crisis. States would be smart to go against the United States’ example and start protecting wildlife populations currently in decline. The future of our planet depends on it.

About
Allyson Berri
:
Allyson Berri is a Diplomatic Courier Correspondent whose writing focuses on global affairs and economics.
The views presented in this article are the author’s own and do not necessarily represent the views of any other organization.
keep reading
More on
//
View all
Breaking News
Channel |