Cities in a World of States 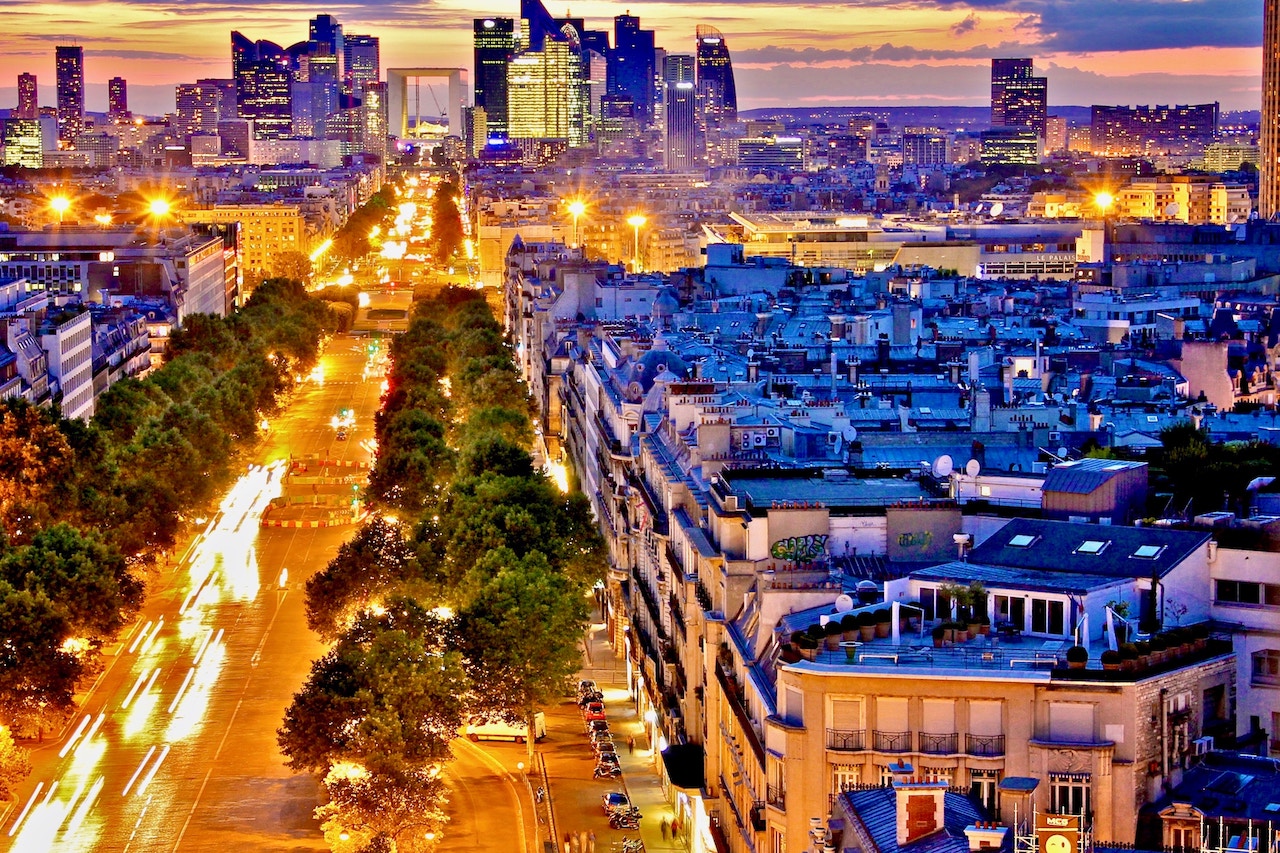 Any geopolitical order based on cities must depend upon the partial dismantling of the territorial state order and thus of the notion of a unitary sovereignty as it developed from the Renaissance until very recently. Is that really plausible in this day and age?

nternational politics, for policy makers, for theorists, and for historians has traditionally comprised the world of states.  When thinkers from these disciplines analyze that world, they often invoke “geopolitics,” a vague but supposedly tough-minded analysis taking into account national resources, geography, objectives, and strategy. Geopolitics—a concept developed by Scandinavian, German, British, and American theorists as international rivalries heated up toward 1900—was the language that serious men (and the term dripped with gender) used to envisage global conflict. But what scope did it leave for cities as autonomous actors in international politics? Did they matter? Do they matter today? In what ways do they enter into that world of states?

The city is usually considered as a conglomeration or nexus within the state and not as a geopolitical entity in its own right—exception made for so-called city-states or urban republics in Antiquity or the Renaissance. The Great Powers and Urbanization Channel represents an effort to problematize that assumption, that is to explore what elements of agency cities maintain within the international system or the world of states.

The state is a bounded territorial unit that exists in a world of sovereign peers. The language of sovereignty, encoded in international law, has been developing since the 16th and 17th centuries: Francisco de Vitoria, Jean Bodin, Thomas Hobbes, and Hugo Grotius made fundamental contributions. No matter how small or massive, states exist in a legal realm where they enjoy formal equality and freedom of action, unless they have voluntarily ceded partial sovereignty to an overarching authority such as the European Union. The UN General Assembly currently includes over 190 such sovereign units.

The city can represent the site of government in a state; but the city is also a nodal geographical conglomeration created by economic pressures (production and labor recruitment; exchange with markets; a site for precarious livelihood when agricultural producers become surplus labor). The city traditionally nurtures cultural opportunities: theatre, music, a press. It provides sociability for youth and adults through special institutions (schools, pubs, clubs) as well as everyday mixing on the street. It provides a sensory environment that is familiar and can be exciting.  The city, so long as it retains some degree of economic viability and cultural vitality, is one of the great achievements of human civilization. As Samuel Johnson said about his city, he who tires of London tires of life.

Cities have evolved out of political or economic forces, or eventually a mixture of both. Some early modern and even 18th and 19th century cities developed as creations to service a state that grew bureaucratically and administratively, e.g. Constantinople, Naples, Edo (Tokyo), or Saint Petersburg. Others developed rapidly as a product of the emerging commercial and industrial revolution, e.g. New York, Manchester, Chicago, Buenos Aires, Essen. And many expanded out of a combination of political centralization and affiliated economic transformation: London, later Berlin, and Milan.

Successive waves of rural transformation (demographic increase, mechanization of agriculture, and the attrition of subsistence farming) sent traditional rural populations to work either on monocultural plantations (from 1650 to 1950) on the global and colonial frontiers or into urban barrios (since, say 1830 to the present).  For two centuries in Western Europe, Japan, and North America (1750-1950) the development of urban industry, construction, commerce, and services provided the opportunities for absorbing the in-migration, and indeed from the 1850s to 1950s or 1960s could ameliorate housing conditions and reverse the initial declines in urban life-span from such diseases as typhoid, cholera, or tuberculosis.

But change was hardly unidirectional. Two dramatically different patterns have emerged. Rural “surplus” population has flowed to urban areas, often at a pace faster than the development of industry could absorb, finding employment, if at all, in casual labor, sweatshop production for Western clothing manufacturers, domestic service (also a major source of employment in the West before 1960-70), custodial tasks, peddling, security services, or the narcotics industry, and finding housing in shantytowns, favelas, and barrios. In contrast, those cities that have successfully ridden the wave of digital technology in Asia have also massively increased in population, but with more societal cohesion. Or perhaps their societal cohesion facilitated their economic modernization.

States and territorialized capital thus created the cities twice over in modern times, first between, say, 1750 and 1950 and then again, for the global South, since 1950. But this fantastically transformative process did not confer geopolitical autonomy on the city. The economic city and the political offices of the bureaucratic state inhabited the same node within a territory. This means that most cities—though perhaps not the pure administrative creations such as Brasilia or Canberra or even Washington—exist in an ambiguous or unresolved relationship with the states that encompass them. They are both the centers of state activity, even as their economic and cultural life retain autonomous sources of vitality. It seems to me that this tension of being quasi-encompassed must condition any aspiration for autonomous agency.

There are other constraining factors. Urban economies go through cycles: we tend to track bad and good eras for cities, e.g., New York in the 1970s versus New York since the 1990s. The lesson may be that it is impossible to specify a long-term equilibrium state for a city that is more than an outdoor museum. Glitzy development can come at the expense of poorer, marginalized residents; decaying centers can find new sources of renewal. One important constant, however, seems to be that cities are chronically underfunded with respect to the services they should provide such as transportation, health, provisioning, housing, and education.  The needs of those who migrate to the city or grow old within its precincts tend to outrun the surplus that urban authorities can appropriate. Urban governance is thus constantly preoccupied by its own political and economic needs.

The question arises, therefore, whether and how our massive urban galaxies might play an international political role that takes account of their new weight in economy and society.  Saskia Sassen’s “global cities” are those that have found a way to prosper by links with other global cities in the generation of financial capital.  Their role reflects the growing proportion of finance to industry. They may exist within a carapace of law and supervision that their territorial state insists on, but that is not essential to their life and growth. These cities can also generate an intellectual synergy that keeps them vital.  They are product of a Castell’s “network society.” Whereas the classic industrial city existed in a symbiotic relationship to an agrarian hinterland (e.g. Chicago, Buenos Aires), the new “global city” creates its intellectual and economic surplus by connections to other global cities (Singapore, the Emirates, Hong Kong, London, New York). Can these financial linkages, however, generate a genuinely autonomous political sphere? To put it picturesquely, might a United Cities convene next to the United Nations? And how would it interact?

The geopolitical international order exists because states are multiple and fill the global surface. They maintain the capacity to wage war. They also maintain the capacity to legislate for cities within their borders and to restrict entry from other states. Nation-states achieved their status within a global order by claiming either an ethnic coherence or a military-imperial prominence, or, during the Cold War, an ideological mission that was territorially anchored. But can there exist a geopolitics of cities if they do not fill a global space, they do not raise armed forces, they cannot control the admission of new entrants, and their raison d’être of economic growth or progress should not necessarily be zero-sum? What would be the equivalent of the “national” or ethno-linguistic basis for the geopolitically active city? Indeed, can cities claim a true socio-political autonomy since both the decline of states and the instruments of modern warfare have often brought the depopulation of cities?

Nonetheless, history (and not just the history of Antiquity) certainly provides examples of urban sovereignty and autonomy. The Italian urban republics prospered as city states, although they did so by actively resisting a larger imperial or national structure. The Hanseatic League offered a different, partially confederal model. The Hansa cities acknowledged a political connection to the territorial unit in which they were contained, although that political unit, in particular the Holy Roman Empire, left the Hansa cities large scope for self-government. Their fabric consisted of economic regulation and interchange. Nonetheless, both the Renaissance urban republics and the Hanseatic League lost their autonomy to larger territorial claimants in the early modern era.

For better or worse, it seems to me that any geopolitical order based on cities must depend upon the partial dismantling of the territorial state order and thus of the notion of a unitary sovereignty as it developed from the Renaissance until very recently. Is that really plausible in an age when populist pressures are reinforcing national boundaries and concepts of ethnicity?

Even if we assume that current populist trends will ebb, the sovereign-state order is a tough structure to crack, and state urban future; I would suggest the idea of geo-governance. As political units in modern times, cities have largely developed within a state framework. The idea of secession, is not really an alternative unless the contemporary state order dissolves. Even Norman Mailer during his Quixotic 1969 campaign for Mayor of New York, mooted secession only from the state of New York. Few cities can be Singapore.

Rather, I would suggest, notions of territorial sovereignty (and even shared spatial sovereignty as in the European Union) will have to give way to concepts of functional governance.  We have many examples of functional shared geospatial authority ranging from the 1995 Arctic Council internationally to the Port of New York Authority. These arrangements for shared governance will no doubt proliferate, and urban authorities can claim an enhanced role within them.  The future, I would wager, is not with cities displacing states or wiggling out of their embrace, but in the transformation of statehood itself.

This channel is a collaboration between the Diplomatic Courier and the Great Powers and Urbanization Project. This essay was adapted from the Workshop on Cities, Geopolitics, and the International Legal Order held at the University of Pennsylvania’s Perry World House in September, 2019. It was made possible, in part, by a grant from Carnegie Corporation of New York.
About
Charles S. Maier
:
Charles S. Maier is the Leverett Saltonstall Research Professor of History at Harvard University. His most recent book is Once within Borders: Territories of Power, Wealth, and Belonging Since 1500 (Harvard University Press, 2016).
The views presented in this article are the author’s own and do not necessarily represent the views of any other organization.
keep reading
More on
//
View all
Breaking News
Channel |