A New Space Era, Perhaps, But Not a New Space Race 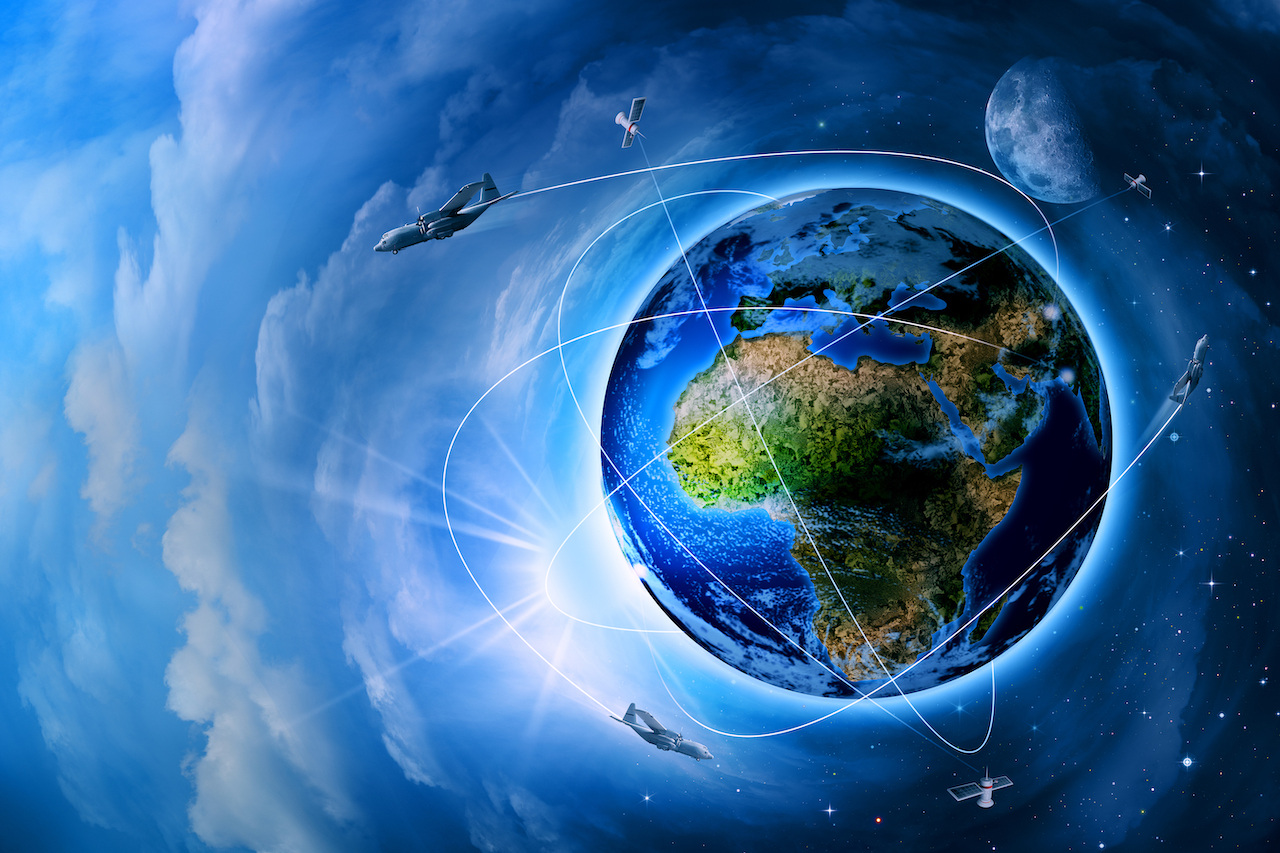 Today, private space companies, not governments, are leading the way towards many modern space achievements. Elon Musk’s SpaceX has ambitions to establish a city on Mars as early as 2050. Virgin Galactic remains concentrated on establishing suborbital tourism as an affordable industry. Experts argue that 75% of the space industry is already commercialized.

he was the first Pakistani to visit the North and South poles and the first Asian to skydive over Mount Everest. At Prince Albert II’s behest, she became the first Honorary Consul of Pakistan to the Principality of Monaco. She was once the president of the largest student-run NGO in the world and founded a non-profit in 2015. Clearly, on earth, she has many accomplishments to be proud of. But Namira Salim has always reached for the stars.

Salim first dreamt of traveling to space as a little girl stargazing in Pakistan. A $250,000 ticket on a Virgin Galactic suborbital flight means that Salim might finally make her dream of space travel a reality. Though she was introduced as one of Virgin Galactic’s earliest founders in 2006, according to Bloomberg, the company is finally set to begin its first commercial spaceflights later this year. If Salim makes it into space, she will do so as the first Pakistani woman.

Salim’s astronomical aspirations arise in time for a new era in space that is nothing like the American/Soviet clashes of yesteryear. During the Cold War Era American and Soviet nationalism flourished through tit-for-tat achievements in space. The U.S. launched its first artificial satellite in early 1958, just months after the USSR had launched its first Sputnik satellite.  In April 1961, the Soviet Union’s Yuri Gagarin became the first man sent into space. A little over a month later, American President John F. Kennedy announced to Congress that the United States would be the first country to send a man to the moon. 1963 saw Soviet Valentina Tereshkova become the first woman in space. And 1969 saw American footsteps on the moon.

Today, private space companies, not governments, are leading the way towards many modern space achievements. Elon Musk’s SpaceX has ambitions to establish a city on Mars as early as 2050. Virgin Galactic remains concentrated on establishing suborbital tourism as an affordable industry. Experts argue that 75% of the space industry is already commercialized. In a new age of space commercialization, it’s no surprise that the woman named as the First Pakistani Astronaut will make it into space on a private company’s flight.

The nationalist space programs that dominated our galaxy over fifty years ago could seem out of place as space becomes increasingly dominated by private companies. However, recent reporting from India, which launched a lunar mission in July, paints a different picture. In July 2019, a New York Times reporter visited a school in New Delhi where space class is a favorite subject for many students.  A teacher peppered her students with questions about rocket mechanics in addition to rhetorical questions about India’s recent astronomical accomplishments. The teacher claimed she couldn’t hear her students when she asked if they were proud Indians; she was met with a roaring “YES MA’AM!” in return.

India’s brand of space-bolstered classroom nationalism is hardly a new international concept. American students who lived through their country’s space race with the Soviet Union remember that science education in the United States intensified during the 1950s. And in other countries, space programs are marked with other forms of national pride reminiscent of the space race era. China’s space program gained global attention at the beginning of 2019 when it became the first to send a spacecraft to the dark side of the moon. China’s space program pride—much like India’s—is steeped in old-fashioned nationalism. Last year, the head of China’s moon program, Ye Peijian, said, “If we don’t go there now, even though we’re capable of doing so, we’ll be blamed by our descendants.” And as Politico reports, China has described its program using lofty phrases like “spirit of aerospace” and “space dream”—nationalist sentiments reminiscent of space race language in which John F. Kennedy described his country’s “moonshot” as ending a battle between “freedom and tyranny.”

Today, private space companies, not governments, are leading the way towards many modern space achievements. Elon Musk’s SpaceX has ambitions to establish a city on Mars as early as 2050.

Today, private space companies, not governments, are leading the way towards many modern space achievements. Elon Musk’s SpaceX has ambitions to establish a city on Mars as early as 2050.

history.” With India, Pakistan, Japan, Israel, and Russia all planning moonshots in one form or another, it would seem short-sighted to discount the importance of national space missions in today’s space era, even in light of the slew of private companies that have their sights set on the stars. However, just because nationalism has been invigorated by space missions in India and China does not mean that the modern space race is a simple contest of national pride. Behind space class in Indian schools, for example, is a for-profit education company known as Space India. Space India offers workshops, field trips, and classes to both public and private schools in a country where the government science education has been described as “written for a rickshaw puller’s son.”

And when describing her own future voyage to space, astronaut Namira Salim, First Pakistani Astronaut, will also attribute her accomplishment to Monaco, where she has lived since 1997. True to an era where space competition can no longer be defined by cut-and-dry nationalism, Salim notes that though she wants to inspire women and youth as a Pakistani, everything she does “has to do with Monaco,” her home for the last 22 years—and the place where she signed her Virgin Galactic contract.

But it would also be wrong to dismiss the new space age as one to be dominated exclusively by private companies. Two of the best-known private space companies—Blue Origin and SpaceX—are American-owned. And a slew of smaller American companies are helping NASA colonize space. In June 2019, the American space organization named three private companies, Astrobotic, Intuitive Machines, and Orbit Beyond, to help it carry payloads under the Commercial Lunar Payload Services (CLPS) for the Artemis program. That same month, NASA opened up the International Space Station (ISS) to commercial business with the hopes of allowing American industry to flourish. Just as the new space cannot be defined as a competition between national interests reminiscent of its Cold War-era predecessor, it is also not a race between competing private companies. And with the lines between competing interests so crossed and blurred, perhaps the new space era cannot be defined as a race at all.

In 2015, Namira Salim founded her non-profit, Space Trust. The organization’s goal is set on making space a tool for creating peace on earth. Through Space Trust, Salim hopes to host a summit (the “0G Summit”) on the sidelines of the UN General Assembly every year. By 2030, Salim wants to take the peace summit to space.

Whether the organization manages to host its first peace summit in space remains to be seen in another decade. One important element of Space Trust’s mission, however, remains clear. Through its 0G Summit, the organization hopes to engage world leaders as well as the global space industry. In an era where space cannot be defined by competition between private companies nor competing national governments, Space Trust’s mission offers an ambitious goal for our next age above the atmosphere. Perhaps our future in space will truly be devoted to such peaceful purposes. If anything, it seems like our next space era will be nothing like our last.

About
Allyson Berri
:
Allyson Berri is a Diplomatic Courier Correspontent whose writing focuses on global affairs and economics.
The views presented in this article are the author’s own and do not necessarily represent the views of any other organization.
keep reading
More on
Technology
//
View all
Breaking News
Channel |