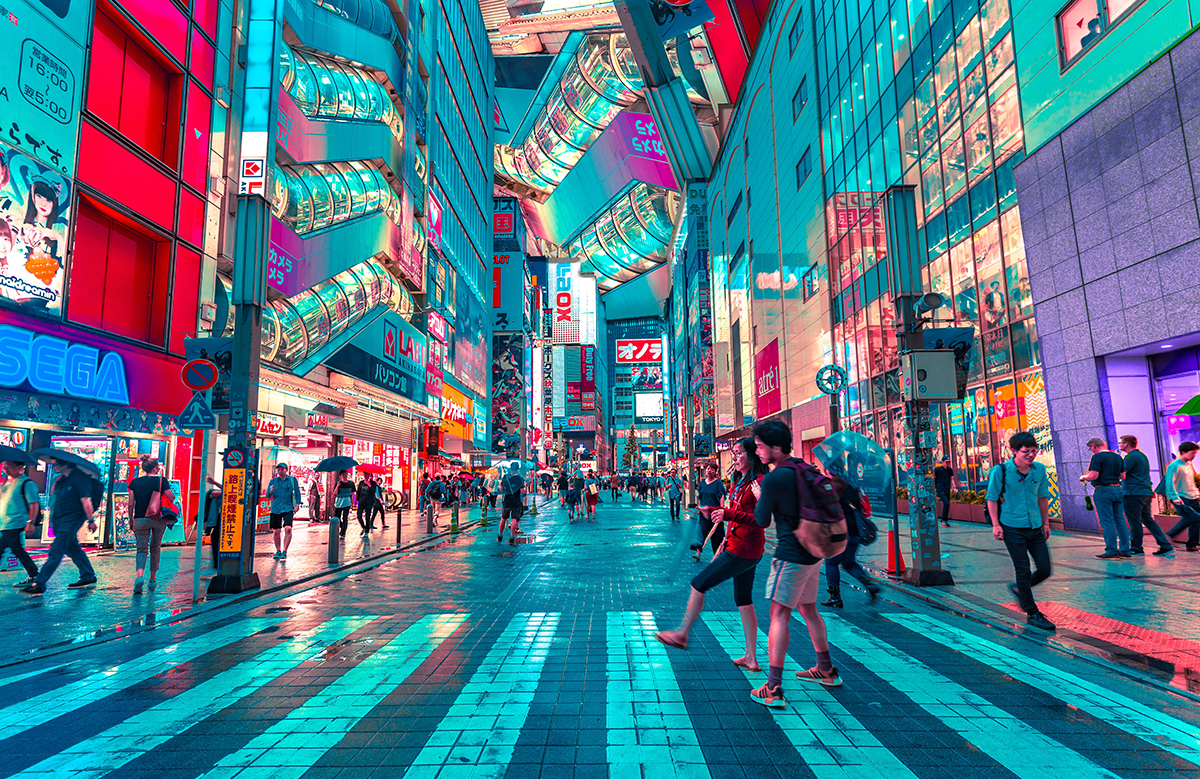 nglish as a lingua franca is the reality of our globalized world. It is clear English, at least for the time being, is an absolute necessity in order to participate on a global stage.   Developing nations including Serbia, Malaysia, and Nigeria are investing more and more resources into English education, to great result. Serbia ranks 18th on Education First’s 2018 English Proficiency Index. Far below Serbia at 49th on the EF Index lies one of the world’s most advanced nations, with a per capita GDP nearly six times larger: Japan.

The relative low quality of Japan’s English has become somewhat of a punchline among the international community. Despite an enormous push by the Japanese government to revamp the country’s English infrastructure in the run up to the 2020 Tokyo Olympics, problems abound. As recently as April 2019, a Japan Tourism Agency audit of Japanese transit websites found such mistakes as translating “children” as “dwarves”, and “Lost and Found” as “Forgotten Center”.

Olympics aside, these shortcomings are highlighted at a time when Japan’s shrinking workforce and push for skilled foreign labor could benefit immensely from an English-proficient populace and adequate English infrastructure. It’s already too late for Japan to fully transform into the English powerhouse it ought to be by August 2020. It’s likely that this shortcoming will be clear to visitors and viewers alike. Through decisive action and radical new strategies, however, Japan may be able to retool its English education system for the better.

A move away from teacher-focused methods

A 2017 Cogent Social Sciences report highlights one of the key downsides to Japan’s classroom English education: a teacher-focused approach. As early as middle school, students practice translating English texts into Japanese, and vice-versa, at the direction of a teacher who provides English grammar instruction. This method is laborious and boring for young students, discouraging further English study, and it acts opposite to how language transmission optimally works. Instead of a peer-to-peer transmission of language, where all speakers exchange knowledge, communicate together, and learn from one another, the current Japanese method treats the teacher as the sole knowledge source. This both puts too much emphasis on over-taxed teachers and removes agency from students.

Moving away from teacher-centric instruction is key for the future success of Japanese English education. A handbook released by the British Council entitled “Children and Teachers as Co-Researchers” provides a wealth of classroom activities that feature teacher-student collaboration. Some of these activities, such as “Creating a class library” (p. 22), actually pair higher-level students with lower-level students, effectively distributing teaching responsibility throughout the classroom. Implementing similar activities in Japanese English classrooms could be a powerful first step in the right direction.

Started in 1987, the Japan Exchange and Teaching (JET) Programme is one of the world’s largest and most prestigious “teaching-abroad” opportunities for proficient English speakers. As of August 2019, nearly 6,000 foreign nationals work in Japanese elementary, junior high, and high schools as Assistant Language Teachers (ALTs) through the JET Programme. These ALTs each earn a starting salary of roughly $31,000 USD year on the program, not including housing subsidies, paid by local and prefectural school boards. This isn’t the only teaching-abroad program within Japan; between the JET Programme and various private companies, tens of thousands of foreign nationals teach and tutor English.

On the surface, these exchange programs seem like a powerful opportunity for rural communities to bring native-level English into Japanese classrooms. What this perspective doesn’t take into account is the opportunity cost of hiring ALTs. Most ALTs are recent college graduates, the vast majority of whom have no formal teacher training and speak little to no Japanese. These new teachers must acclimate to a new culture, language, and profession before truly being useful in the classroom. Unfortunately, the lion’s share of these teachers leaves the JET Programme after their second year, leaving their schools and teachers to retrain yet another fresh-off-the-boat ALT.

Instead of sinking nearly $400 million (¥40 billion) annually into a cyclical, transient foreign labor force, Japan should invest in its own teachers, who are likely to stay in the country long-term. Consider using a portion of this funding to send each and every native Japanese English teacher to study in an English-speaking foreign country for a year (or two). Not only will this increase the teacher’s level of proficiency and confidence in their English-speaking ability, it will provide insight into alternatives to Japan’s famously rigid educational system. These teachers can return to their hometowns with new ideas, perspectives, and skills, using their knowledge of local communities and existing teacher education to supercharge English classrooms to the benefit of students.

Japanese institutions, especially government agencies, are world-renowned for their anachronistic use of the fax-machine over more modern solutions. Legacy institutions like schools and universities are no different. An over-reliance on paper textbooks, chalkboards, and industrial-model education has left Japan’s English education curricula far behind other nations in terms of modernity. English course curricula in Japan are often designed by the national government and passed down to schools, regardless of an individual school’s available resources or performance level. A 2017 mandate from the Ministry of Education introduces 1-hour per week of English classes to 3rd and 4th grade students, and doubles the 5th and 6th grade requirement to 2-hours per week. An increase in time dedicated to English is excellent and is a necessity at all levels of study. But without trained teachers to provide the instruction and archaic course and assessment tools all the way up to the university level, these increased hours will go to waste.

Instead, the Ministry of Education could consider adapting innovative course materials developed by globally respected English education organizations such as the aforementioned British Council or the Stanford Program on International and Cross-Cultural Education (SPICE). SPICE’s Stanford e-Japan program provides web-based, English-language education on U.S.-Japan relations to Japanese high-school students. With an emphasis on access, research, and discourse, this curriculum provides an excellent framework for Japanese students to exercise their English abilities. At the very least, the Ministry of Education should learn from these materials.

As one of the world’s largest economies and cultural exporters, Japan’s role on the international stage is outsized considering the quality of their English education. Japanese students deserve an opportunity to participate on this international stage as fluent speakers of the lingua franca. Educators and policymakers are more than aware of shortcomings and, while often ineffective, continue to take measures to improve the system. The resources and desire for a true English-education renaissance are there. Japan only need to take decisive action to make it so.

About
Duncan Cox
:
Duncan is a Contributing Editor for Diplomatic Courier. Cox’s work experiences have taken him across the globe. He’s been a filmmaker in New Zealand, Japan, and the United States, and served as a cultural ambassador and educator on the island of Hokkaido, Japan.
The views presented in this article are the author’s own and do not necessarily represent the views of any other organization.
keep reading
More on
Education
//
View all
Breaking News
Channel |

The Future of Education: Human Focused Advancements in the Digital Age