The Unifying Power of Music Diplomacy 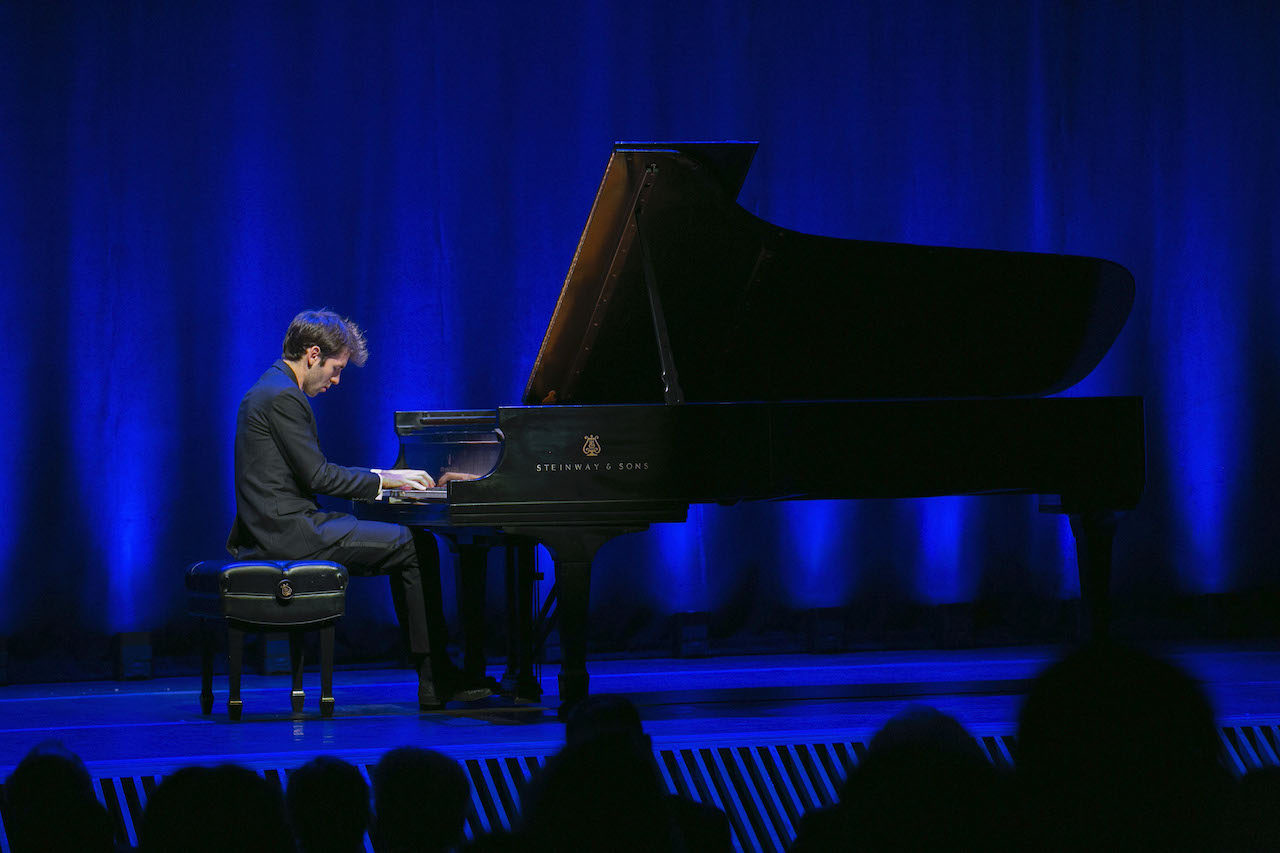 othing seems to unite Washington’s embassy row the way music—and especially classical music—diplomacy does. Two recent events are a testament to this undeniable cultural phenomenon: evenings of music at the French Embassy, hosted by His Excellency, Ambassador Philippe Etienne, and the Russian Embassy, hosted by His Excellency, Anatoly Antonov. The two distinguished ambassadors celebrated the occasion with the prize-winners of the 16th Tchaikovsky competition winners.

“Since its inception in 1958, the Tchaikovsky Competition has become the Olympics for music, a 12-day international musical competition with hundreds of artists vying for prizes in piano, violin, cello, voice, winds and bass instruments,” explained Ambassador Etienne in his opening remarks. Alexandre Kantorow is the first French pianist to win both the gold medal and the Grand Prix of the Tchaikovsky Competition. But not many people know that the first International Tchaikovsky Competition in 1958 “was won by a U.S. citizen, outstanding pianist Van Cliburn,” said Ambassador Antonov. “His sensational performance in Moscow at the height of the Cold War helped break down cultural barriers and gave hope for finding mutual understanding between our countries based on love for classical music.”

Both Ambassadors recognized the significant role of Susan Carmel, who has dedicated her life’s work and resources to bring cultural understanding between the United States and other countries. In a Washington rife with “big politics” and intractable misunderstandings, Carmel founded the Carmel Institute of Russian Culture and History at American University with a singular goal: use the universal language of art to connect people.

For her efforts, Carmel has been recognized with the most important awards bestowed upon a civilian. She received the rank of Chevalier in France’s Légion d’honneur, France’s highest order, and the Order of Friendship of the Russian Federation, Russia’s Medal of the Ministry of Foreign Affairs for Contributions to International Cooperation. In addition, she has been honored with the One to World Fulbright Award for Cultural Diplomacy; the Woodrow Wilson Award for Public Service for contributions towards U.S.-Russia Relations, and Global Peacemaker Award from the Sustained Dialogue Institute.

At a time when Russia dominates Washington’s newswires evoking Cold War coverage, in the world of artists—especially those who love and admire classical music—you wouldn’t know it. The three medalists that performed at the Russian Embassy were all Americans. “Cultural sharing can form the creative bridges necessary for people from different backgrounds to work together,” said Carmel in her opening remarks.

Through the Carmel Institute she was able to bring over 100 scholars—some of whom will soon be at the forefront of international diplomacy, including U.S.-Russia relations. “In challenging times,” she said, it is essential “to keep the doors of communication open, and to establish and maintain cultural dialogue.”

The competition was named after Tchaikovsky who famously once said: “only music clarifies, reconciles, and consoles.” In these difficult political times diplomats can heed those words and use music to bridge their differences.

About
Ana C. Rold
:
Ana C. Rold is the Founder and Publisher of Diplomatic Courier. Rold teaches political science courses at Northeastern University and is the Host of The World in 2050–A Forum About Our Future. To engage with her on this article follow her on Twitter @ACRold.
The views presented in this article are the author’s own and do not necessarily represent the views of any other organization.
keep reading
More on
//
View all
Breaking News
Channel |