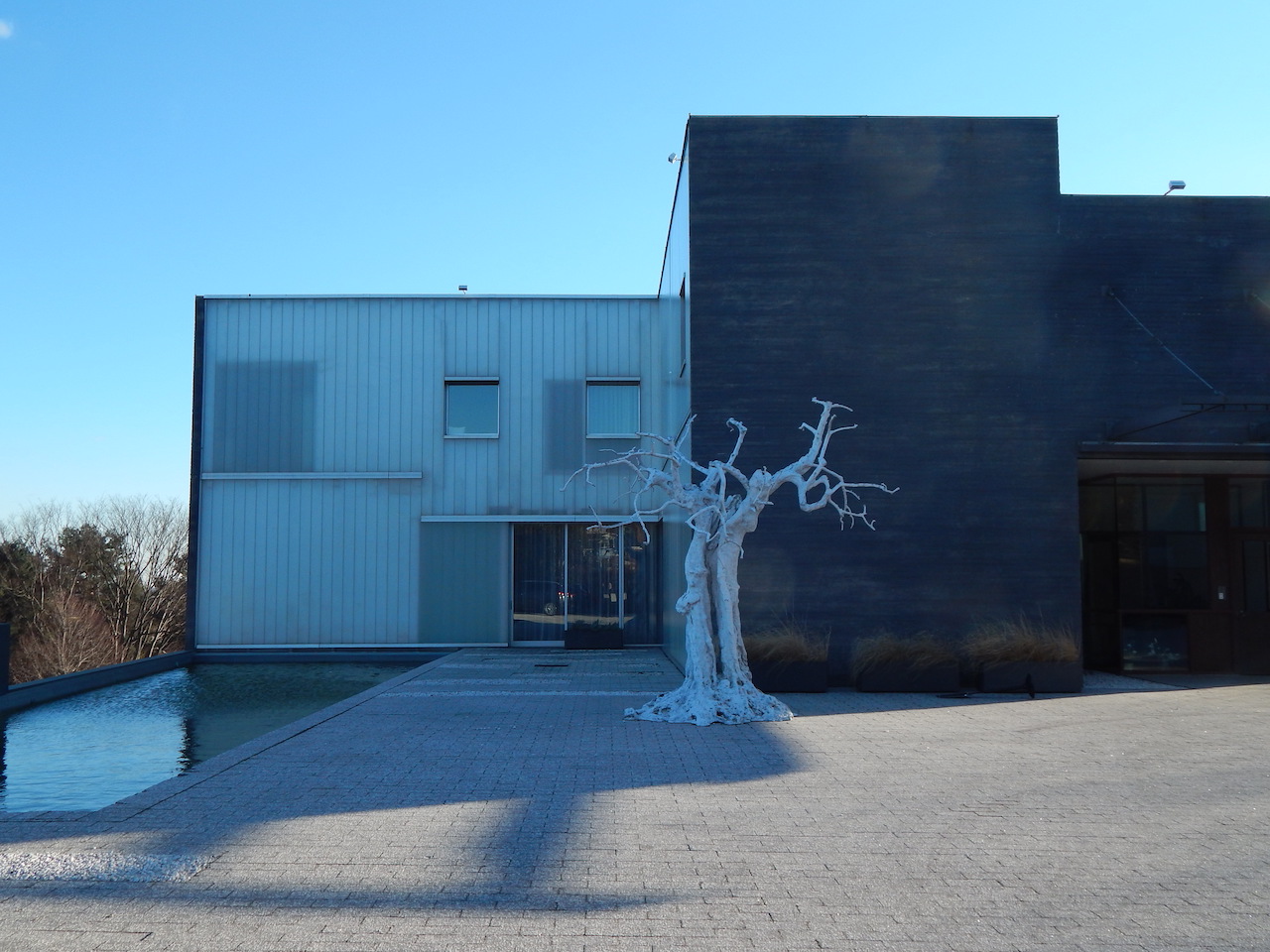 The Swiss Ambassador's Residence in Woodley Park, on a site George Washington once thought might house the US Capitol. Photo credit: Molly McCluskey.

he story of the Swiss property in Washington begins, as so many great stories begin, with a tree.

The Rock of Dumbarton (as in Dumbarton House, Dumbarton Oaks, Dumbarton Oaks Park Conservancy, Dumbarton Bridge, etc.) was a tract of 795 acres deeded to Scotsman Ninian Beall in 1703. Beall was a particularly tall man with flaming red hair, exiled after being captured at the Battle of Dunbar and is widely regarded as the founder of Georgetown. (Some people contend that Dumbarton should be spelled Dunbarton, because Dunbar was the town where Beall and other Scottish soldiers were imprisoned by the British, so it’s likely he named the area Dun-barton as a wry reference to his capture.)

“Ninian was patented multiple land grants of which it is said many he never claimed,” Scott Scholz, the deputy director and curator at the historic Dumbarton House, told me. “One such land grant of his was the land that the White House sits on today.”

Another one of the parcels became part of Observatory Circle, transferred to the federal government in 1901 for “the preservation of delicate astronomical instruments from smoke, the heat of crowded dwellings and undue vibrations caused by traffic,” read one newspaper article at the time of the transfer. In 1751, the town of Georgetown was formed in what was then the colony of Maryland, partially by land sold to Maryland by Beall and, later, by land confiscated from his son.

The remaining land was then sold and developed in part and parcel over the subsequent centuries, until one parcel of that land became Single Oak, which later became the land that now houses the Swiss delegation.

“Historic home within city for sale,” read a listing in The Washington Post in 1939. “Rock of Dumbarton stands on ridge once figured for Capitol site.”

“One part of the Rock of Dumbarton tract has been called Single Oak because it is dominated by a giant age-old tree of that variety, standing out in stately grandeur from among many other beautiful old trees,” it continued.

It may have just been a claim to enhance the mystique of the property, but legend has it that George Washington himself once looked at Single Oak and thought, “Now there would make an ideal spot for our federal seat.”

In 1926, future Vice President Henry Wallace built a house there.

Even today, in the face of modern traffic and local condominiums, this property on a hill is a stunning spot comprising six acres of greenery close to the National Zoo and the Washington Cathedral. It’s steps away from the empty plot of the Benin Embassy on Cathedral Avenue, sparsely populated in a city where space is at a premium.

The Swiss government purchased the property in 1941, majestic oak and all. In August of that year, the Swiss celebrated their country’s 650 years of democracy with yodeling heard throughout the neighborhood. In 1953, the legation upgraded to an embassy, and the Swiss in Washington welcomed their first official ambassador.

For the first few decades of their residency, the Swiss team operated from Single Oak. A new chancery was built by Swiss architect William Lescaze in 1959, while the ambassador lived in Wallace’s Single Oak manor. In 2004, the embassy tore down the home and replaced it with the current residence, a modernist building impressive for its deceptive minimalism, designed to evoke the grey and white of the Alps in winter.

From the air, the residence resembles the Swiss cross, built on an axis so that visitors entering the front door have a direct line of sight from the arctic entryway to the Washington Monument, visible thanks to a break in the tree line that seems rather mysterious and not at all sanctioned. An authentic Swiss clock, similar to the one functioning as a meeting point for wayward travelers in Zurich’s HB train station, adorns the drive. A flat, glassy water feature lays parallel to the parking area—a hazard, I’m told, for more than one driver who has attempted to leave after a cocktail reception and found themselves, and their vehicle, swimming.

If you’re scratching your head and wondering if a prime piece of real estate such as the Rock of Dumbarton would really sit vacant for nearly 200 years, the answer would be, “Dear reader, I suspect it did.”

At what is now 3000 Cathedral Ave. NW, there was once a 17-acre estate called Woodley. That estate, not coincidentally also once part of the Rock of Dumbarton, was the location of a summer home owned by Presidents Martin Van Buren, John Tyler, James Buchanan, and Grover Cleveland. It passed hands among dignitaries and military officials and hosted foreign diplomats and relatives of future national anthem lyricist Francis Scott Key, who allegedly carved his initials into the woodwork there as a young boy.

In 1929, then-Secretary of State Henry Stimson owned Woodley and, upon leaving office, attempted to give the property to the federal government to become the official home of subsequent secretaries of state. His offer was declined, lest all government officials come to expect a grandiose estate of their own. Woodley was also offered as a backup site for the National Gallery of Art if the Constitution Avenue location fell through, and floated as a suggestion for the vice president’s home.

I suspect that in all of those years, with various owners selling the land but keeping a few acres here and there for themselves, and then later selling those few acres, that Single Oak was left largely untouched during much of that period. That includes a front lawn where croquet was played and views of the Washington Monument were left unobstructed. A current map of 2920 and 3000 Cathedral Ave., NW, in what is now Woodley Park shows they still sit on the same property, undeveloped except for a private, K-12 prep school next to the embassy and residence.

According to Scholz, the section of the rock that includes the Swiss Embassy was named “The Addition, to...” as in, “The Addition to the Rock of Dumbarton,” and was detailed in a deed from Beall’s son George to George’s son (another George), in 1757.

"‘The Addition, to’ was approximately 1,200 acres and went roughly from just south of Massachusetts Avenue to just north of the Cathedral, roughly Wisconsin Avenue to the east side of the National Zoo,” Scholz wrote in an email.

“Wouldn’t we all like to own this tract of land today?” he mused.

Wouldn’t we all, indeed.

Shortly after the Swiss announced their intention to tear down Single Oak and build a new residency, the Arbor Day Foundation held a four-month-long open voting process, after which the oak tree was designated America’s National Tree.

This issue of Diplomatica originally appeared in the Diplomatica newsletter in 2018. Follow Diplomatica on Twitter @DiplomaticaDC.
About
Molly McCluskey
:
Molly McCluskey is an international investigative journalist and Editor-at-Large of Diplomatic Courier. Follow her on Twitter @MollyEMcCluskey.
The views presented in this article are the author’s own and do not necessarily represent the views of any other organization.
keep reading
More on
Diplomacy
//
View all
Breaking News
Channel |